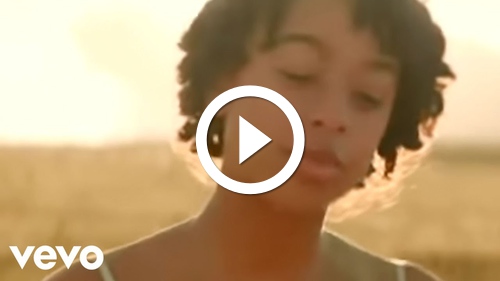 It’s Music Monday! I missed last week, gomen. I’ve decided to mix things up a bit and make these weekly features not just about music I love, but songs I might still be thinking about.

I wasn’t that into Corinne Bailey Rae’s “Put Your Records On”. It’s fine, but it irks me when singers change registers to repeat a chorus or verse. My dearly departed late mother, herself a fabulous musician an artist, said songwriters use it as a crutch, presumably when they have a Spandau Ballet moment and find it hard to write the next line.

(OneRepublic’s “Counting Stars” is a another egregous example, but they pile on the cringe by doing in falsetto. I thought they were better than that!)

I vaguely remember hearing this song everywhere when I moved back to Sydney, but it’s enjoying a resurgence. I’ve been hearing it again in coffee shops, on the radio in cabs, and through the headphones of train commuters pressed against me in the morning peak.

I’d assumed it was from the late 1990s based on its musical style. I lack sufficient musical vocabulary to articulate why it sounds like that, but take a listen and see if you agree. Regardless, I ran Shazam after hearing it for the third time today, and it came out in 2006. I would not have guessed that at all!

I’m also warming to it it a bit. We need all the warmth, optimism, and smiles we can get in 2018. Though I’d say this beautiful electronica tune still has it beat!