It’s Music Monday time once again. Today we have the first song on Colin Bass’s beautiful 2015 album At Wild End. 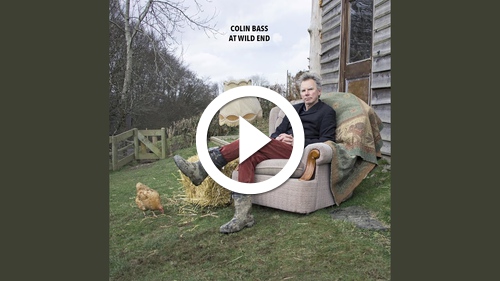 If you could go and change what you regret
Would you still be who you are?
Or someone else instead?

It’s a good question; I’d like to think I’d largely be the same. Or would I be? Wasn’t it B.J. Neblett who said we are the sum total of our experiences? I feel this is a topic worthy of its own post and reflection.

I’ll always know Colin Bass by his alternate stage name Sabah Habas Mustapha, for his Denpasar Moon album. The bulk of my sister’s and my childhood soundtrack consisted of that and the Michael Franks discography. Forgive me for use of the term, but juxtiposing that dulcet Indonesian instrumentation with Colin sitting in rural northern Wales years later made me smile.

I haven’t blogged nearly enough about his music. I will correct this.