bhyvecon and AsiaBSDCon 2019 are over, and once again there’s so much to discuss I have enough to easily fill a few dozen blog posts. So instead I’m going to be throughly unproductive and talk about our trip to The Guest in Ikebukuro. 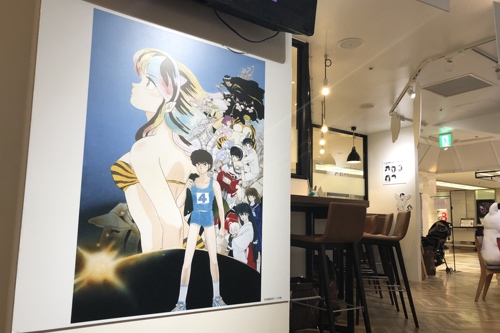 This month the café was themed around Urusei Yatsura, the smash-hit science fiction comedy and cult classic of the 1980s. I never read the manga, but the anime was one of my earliest experiences with Japanese pop culture and mythology. It’s also an incredible time capsule into the decade, with the now-retro theme music and art style. Those cityscapes alone are amazing. 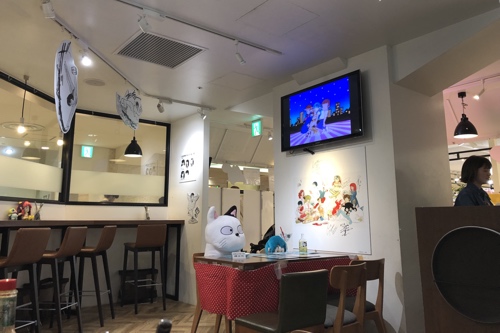 It was also the breakout series for Rumiko Takahashi, who ended up writing other touchstones including Ranma 1/2, Inuyasha, and Rinne. Her writing style and ability to weave Japanese history into modern popular culture has been imitated but never surpassed. 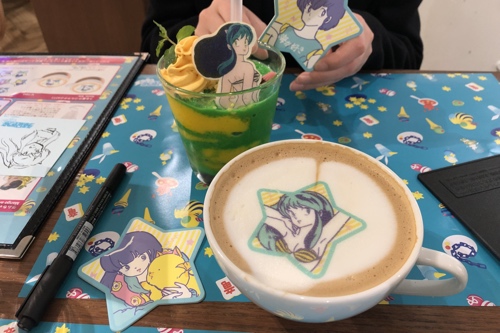 Clara and I already spent far too much in the gift shop, so we just got drinks. There was a one in ten shot of getting Lum on my coffee, and I did!

Being a fan of the series aside, I’m just happy that these classic shows are getting respect and attention they deserve, in spite of so much contemporary competition. There’s no question Urusei Yatsura was a trailblazer.