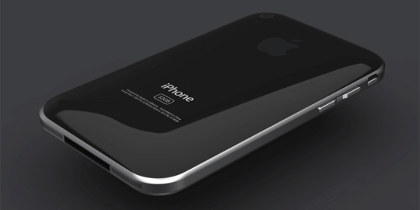 Earlier this month CNET's David Carnoy compiled a list of 25 features he wanted for the next generation iTelephone. This is my own personal take on them… which isn't to say other people don't have different needs!

I didn't include More carriers or Fewer failed and dropped calls because his critique was aimed at US phone companies.

Credit to designedbyitem.com for the gorgeous mockup image.