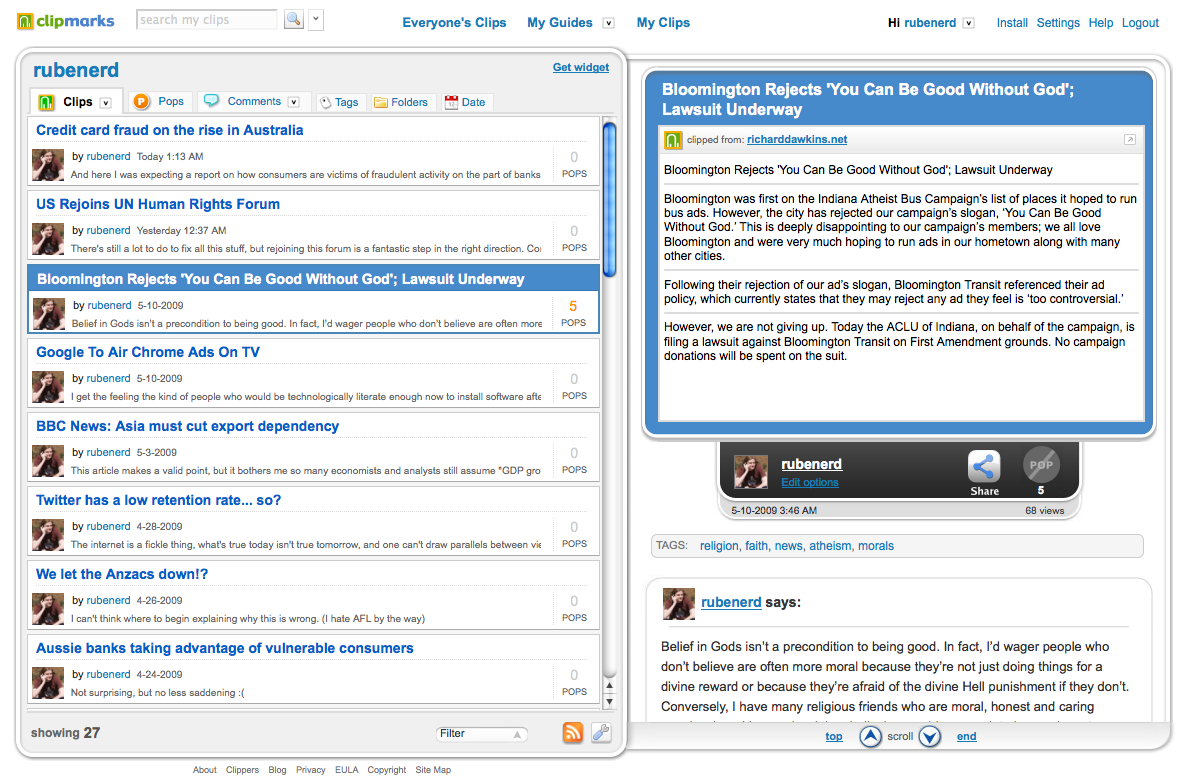 Having used Clipmarks for a few months now I feel I can finally do a proper review of it. For those who don't know, Clipmarks uses a Firefox plugin to let you easily "clip" parts of a web page, then comment on them. Once you've submitted a clipping to your profile page you can then submit it to your own blog or to a slew of other sites. Other people can vote on your comments or leave some of their own, and if they're interested in your stream they can subscribe.

In a nutshell, the community is great and clipping parts of pages is very easy to do. For me Clipmarks has filled a nice niche between just bookmarking entire pages on Delicious, and commenting on stories in Google Reader.

Where I've had issues with Clipmarks is it's blog export feature. My idea was to use Clipmarks to generate the HTML for quotes I could easily import into my blog here and comment on instead of using <blockquote>. Unfortunately the code it generates and subsequently exports has several issues:

I think the problem isn't with Clipmarks, but how I tried to use it. While I was using it for text, Clipmarks can support any payload in it's container including images, Flash videos and the like. In this light, some of my criticisms above are moot.

For now I've worked around the problem by using Clipmarks to save text from pages, then simply import what I clipped here using <blockquote> tags. The result isn't reduced work which was what I wanted in the first place, but it still means others can comment on my clips over on their site.