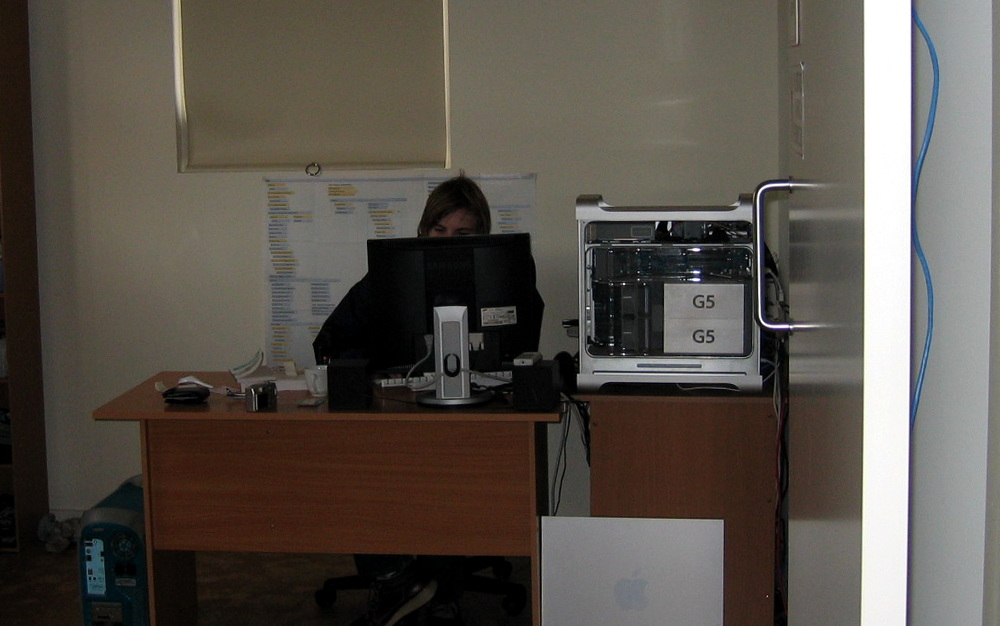 Back in 2006 (as I'm pictured above!), I moved my then–fledgling weblog from RapidWeaver to WordPress. I was pretty clear as to the reason:

Here's the problem: I want to have a blog, and at the moment I'm using RapidWeaver for Mac OS X. So when I go to Malaysia and Singapore for Christmas to see the Mumster and the Father (and the sissta) I won't have a Mac to post on this blog! [..] There's also something appealing with having a server-side program doing this stuff too, not a client based program; it would eliminate all the uploading step altogether.

At that time, my only Mac OS X machine was a PowerMac G5. Unless I was in my student housing block in Adelaide (again, as pictured above!), I couldn't use the RapidWeaver software to post to my blog. By installing WordPress at my webhost, I was able to write posts pretty much from anywhere, provided I had a laptop and an internet connection.

Six years later, I decided to move my site to Jekyll. Generating my entire site client-side then pushing it to the server has numerous benefits, which I elaborated at the time (though I've since switched back to self–hosting it).

It seems so obvious, but it wasn't until I read a recent post by Clara that I put two and two together.

Does the iPad cut it?

For a surprising number of people, the iPad fills the role of a computer. I don't believe in the mythical "email and light web browsing" user that so much of the tech press likes to generalise about, but there's little question that if those are your primary requirements, an iPad would suit the role well.

Then there are those who's iPad plays second fiddle. As usual, Clara more succingly discusses the idea in a recent post, calling her iPad a supporting device. I couldn't have said it better myself.

For developers, perhaps the iPad would be suitable given the 'coding' apps that are available on the market that easily syntax highlight and provide Dropbox syncing. However this is largely only true if they also have another computer which they can remotely access in order to do what the iPad cannot.

While the developers of Textastic and other iOS editors have done a great job with what they can do, iPad development is still a poor substitute to using a real Terminal, text editors and IDEs. Syncing still isn't great, and as Clara points out we can't build or run parts of our toolchain.

She then explains how this is relevent to client–side blogging:

As much time as I spend outside the house, it sometime aggravating to not be able to do much of anything while away from my laptop. It strikes me that so many of these people that think Jekyll is great either have lightweight computers to carry around or have a machine sitting at home or work they can simply and easily ssh into.

Lightweight laptops are the way to go

I'll admit, my lightweight laptop does make Jekyll useful. As an author does with a pad of paper wherever inspiration strikies, I can whip our my MacBook Air and code from pretty much anywhere now. It's not as light as my iPad mini, but it passes that threshold where I'd be hard pressed not to have it with me most of the time.

If I didn't have this setup, I don't think I'd be as excited about Jekyll as I am.

That's not to say the iPad couldn't also be useful in this context. I'm researching ways to have a machine at home generate and push changes to our server once it detects a new post has been added. With that use case though, perhaps server-side blogging really would make more sense.