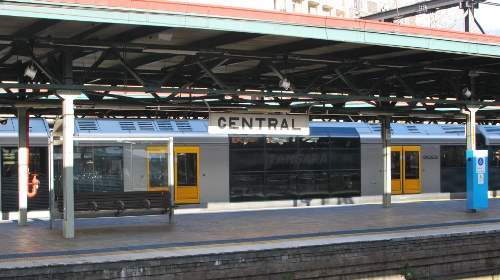 In my latest #CityRail #CityFail post where I questioned the normality of freight and commuter trains in Sydney sharing lines, I received two gloriously salient responses, both of which I will regale you with here.

The person who was rude to me in his public Twitter stream, without provocation, has asked me to remove links to his accounts on the grounds that I "don’t have authorisation"… whatever that means. Because I’m a nicer person than he was, I’ve decided to grant his request, and encourage him to think twice before trolling people in public again lest it once more bight him in the behind.

@rubenerd – If you use your head, you’d probably realise there isn’t enough room to put any more train lines…

On his Formspring account (people still use that?), one of his answered questions [link redacted] was "What is one of the best pieces of advice you've ever received?". I can confidently say for me it's to "use my head" when discussing the safety of rail transport systems. Previously I'd tried to think with my elbows, which only amplified the pain I felt when I hit my arm against a closing door! Point taken.

As I've stated on Twitter and several times here though, I call BS on the idea we have insufficient space for more rail lines here. Cities with a magnitude of scale less space than Sydney (and in the case of cities like Munich, with less people) have more commuter rail lines, grade separation, and are actively building entirely new lines. The problem is a lack of serious investment, a car entitlement culture, and chronically poor long term planning, regardless of who's been in charge. 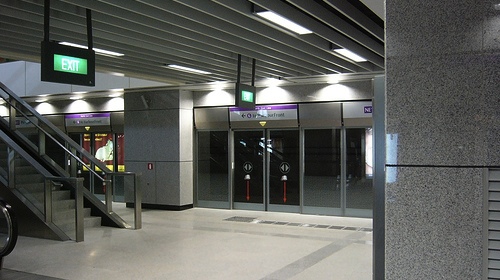 But I digress. Sally, in the post comments section left this feedback:

They try not to run freight trains during peak hours, but they do run them on a lot of the suburban lines, though as you can see this is considered problematic. The big south-west rail upgrade being undertaken at the moment is to duplicate the track between regents park and campbelltown so that they can run suburban trains along that line during the off peak hours again (they stopped them due to high freight usage, diverting passengers to birrong instead).

There are still a lot of places where the lines have to be shared (parts of the run from Epping to Strathfield, for instance), but they are doing what they can afford to put in more overtaking lines and getting freight off the central commuter network.

NOW some of that election stuff from last year makes sense! Thank you Sally :).

Given its diminutive size, Singapore doesn't have freight lines, and each commuter train line is on dedicated track, so the idea of multiple trains on the same lines and freight trains in the mix is new to me.