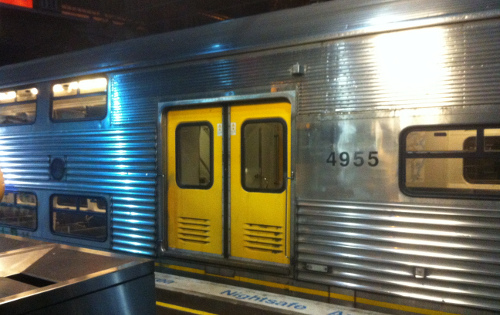 With all the chaos on CityRail today, this incident seems almost quaint. Still, wrote it up last night, so may as well release!

So I was making my way home from a particularly wonderful date, and was still feeling rather giddy. As I made my way to Town Hall station, I joked to myself that even a broken down train couldn't dampen my spirits. It seems I was overheard ;).

After waiting the usual amount of time on Platform 6 for our Airport and East Hills Line Revesby service, we boarded the tin can S-series strain at Town Hall, and proceeded around the City Circle without incident. Admittedly the carriage I was sitting in seemed a little louder and rattlier than usual, but it didn't bother me.

It was when we arrived at Central that we got the first inkling that something was wrong. While frantically tweeting before being plunged into the Airport Line tunnel (which has barely enough usable phone reception to send a text message let alone use data) our driver informed us that "the train has malfunctioning doors, and to please stand clear of them". 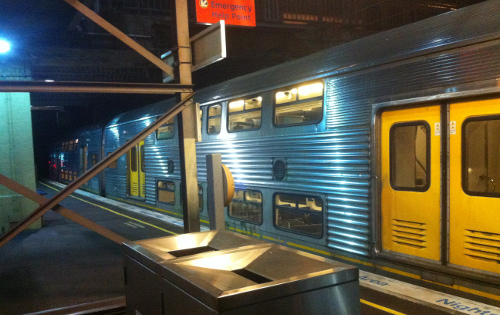 As we proceeded into their Airport Line tunnel, it became clear something was amiss. From my vantage point on the second level I couldn't visually make out what was going on, but I started hearing loud swearing, followed by even louder rattling sounds. That bone chilling metal-on-metal grinding sound… and it was only getting louder.

It wasn't long before the lights in our carriage started to flicker and go out, causing me great inconvenience as I sat there attempting to read my eInk Kindle! Around that time we started to decelerate, and eventually came to a stop inside the tunnel between Central and Green Square.

After a few minutes of sitting there doing nothing, people in my carriage started worrying and discussing what was going on. The driver came on the PA and informed us there was a door malfunction, and that he'd let us know what was going on shortly. An engineer in a CityRail uniform walked past us in the carriage and back down the stairs, obviously to see what was going on.

Fifteen odd minutes past, and the train jerked into motion again, the way only the older R/S series trainsets can without their chopper control! We didn't seem to be going as fast as usual though, meaning our trip to Green Square seemed to take far longer than usual. When we arrived, we sat there for another few minutes, before being told the last two carriages in our train were being shut down and locked, and that we'd have to move down one! 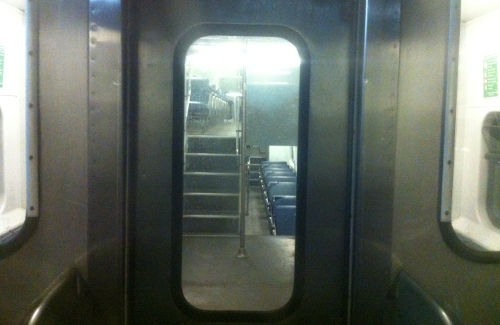 We huddled in this carriage, now clearly full to capacity with these extra people, and stared through the window into the one we'd just left. It looked eerie through the darkness of the tunnel; the lights kept flickering and the malfunctioning doors kept shaking around and causing all sorts of noise. It was downright creepy!

The train limped along the Airport Line up to Wolli Creek, then connected to the East Hills line for the final leg home. I was dearly fortunate enough that the carriage was finally deemed unsafe when we arrived at my station; shortly after I got off everyone was told to, and wait for the next one! It was the biggest crowd I'd ever seen at our sleepy little Bardwell Park station! 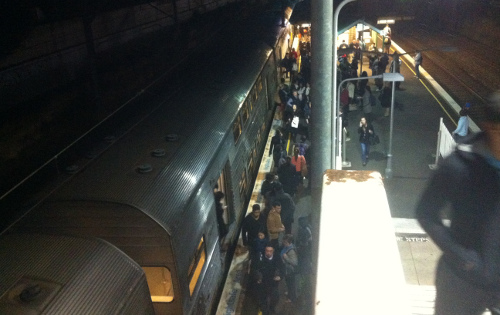 The last time I was stuck in the Airport Line tunnel for an extended period of time was in November 2011. At least an hour to get home was less than the three hours I went through back then, I suppose!