This earlier post about Apple Wallet and reading boarding passes got me thinking about the age-old debate about computer screens in general. Is it better to have a light background with dark text, or the reverse?

Something that’s always struck me about people’s customised BSD, illumos, and Linux desktops are how universally dark they are. If you see a screenshot, chances are their consoles and window managers are almost universally dark. Even Apple has jumped back on the bandwagon with Dark Mode in macOS. I used to think these schemes looked great, and agreed they were easier on the eyes than so-called blazing white. And for those who grew up with VT100s and The Matrix, there’s a certain retro cool.

But now I find them difficult to look at, and a touch dreary. A combination of factors has lead me to change my mind, and now I use light backgrounds everywhere I can. 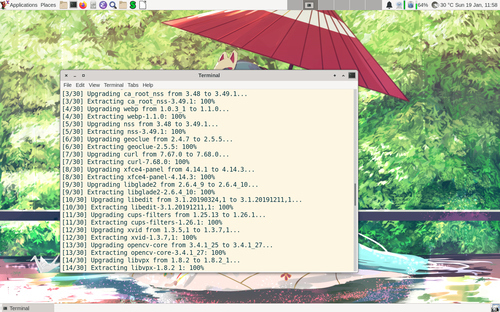 Since turning thirty, I find light text on dark backgrounds hurt my eyes. I feel as though light text sears my eyes even during short periods; to such an extent that I can turn away and blink, and see text. It doesn’t matter whether the contrast is low; you may as well be printing negatives onto my retinas.

I was surprised to find much of the medical literature has identified this exact phenomena. Some reference pupils having to dilate further in the absence of light, which renders bright details more harsh. The result is light backgrounds, perhaps counter-intuitively, are less harsh on your eyes. For example, this paper by Axel Buchner and Nina Baumgartner:

In a series of experiments, proofreading performance was consistently better with positive polarity (dark text on light background) than with negative polarity displays (light text on dark background). This positive polarity advantage was independent of ambient lighting (darkness vs. typical office illumination) and of chromaticity (black and white vs. blue and yellow). A final experiment showed that colour contrast (red text on green background) could not compensate for a lack of luminance contrast.

Another personal consideration is location. Now that I no longer live in the tropics, I have to contend with winter and periods of the year with less light. This has had far more of an impact on my mood than I expected. Light backgrounds naturally give off more light, which I interpret as warm, cheerful, and optimistic. Note this only works in a room with plenty of other light sources as well.

That’s not to say people who use other schemes are wrong, people should use what they’re most comfortable with. But if you’ve lived your life always using dark backgrounds with light text because you thought it was more ergonomic, give the other a try too.