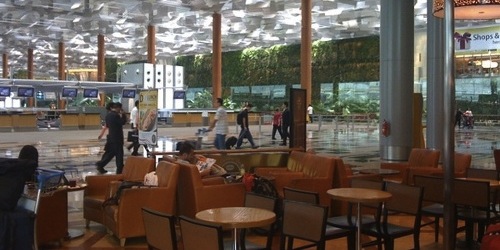 Changi Airport will be the world’s first airport to reinforce its perimeter fences with fibre-optic sensors to detect intruders. ~ TODAYOnline

So in Australia we're still squabbling over putting fibre into the ground to bring us back in line with the rest of the world, but in Singapore they have enough of it spare to put it to use[less]?

It's the world's best airport, but I hope this isn't a sign of any change in priorities. Next they'll be removing those trays of free lollies from immigration or the koi ponds because terrorists might poison or hide in them respectfully.