Clara and I are slowly catching up with latest generation of Hololive English debuts, which we’re watching entirely out of order. I say both of us, though of course she has seen them all already. Last night was for the HoloCouncil’s keeper of nature, Ceres Fauna. 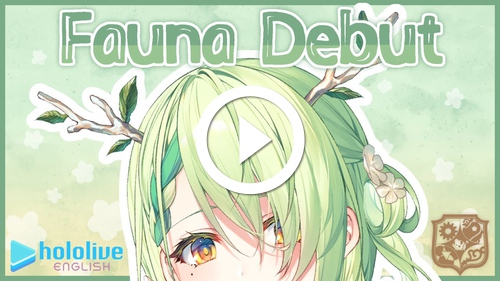 I never thought I’d have to put a spoiler warning on a debut stream, but wow! She suckered us in good. The buildup, the subtle hints, then that mic drop with the lights and… why am I worried about spoling people, any of you interested in Hololive almost certainly know what the takeaway was by now. She owns us now… but she’s Mother Nature, so that comes as no surprise.

I appreciated that she listens to bossa nova—the other good genre of music—and is interested in playing Spore! I never thought I’d see the day. And her omage to Ina with that WAH… chef’s kiss.