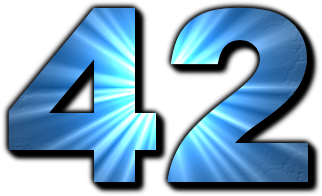 I can't believe I almost missed this, today was Geek Pride Day!

Geek Pride Day is an initiative which claims the right of every person to be a nerd or a geek. It has been celebrated on May 25 since 2006, celebrating the premiere of the first Star Wars movie in 1977.

It shares the same day as two other science-fiction fan ‘holidays’ – Towel Day, for fans of the Hitchhiker’s Guide to the Galaxy Trilogy by Douglas Adams, and the Glorious 25th of May, for fans of Terry Pratchett’s Discworld.

According to that now infamous venn diagram showing the relationship between nerds, geeks and dweebs I'm a dweeb owing to the fact I'm socially inept. Still, Geek Pride Day is for all of us!

I didn't carry a towel all day with me, but I did use one on several occasions and by pure coincidence I was listening to The Restaurant at the End of the Universe from Audible while traversing the MRT! I also spent much of the day transfixed on a cloud computing keynote by the CEO of SalesForce.com with their announcement of Cloud2 and Chatter, and I rewatched an anime series from 2008 because Minori is awesome!

I would say more, but I fear I'd be in violation of the Temporal Prime Directive.