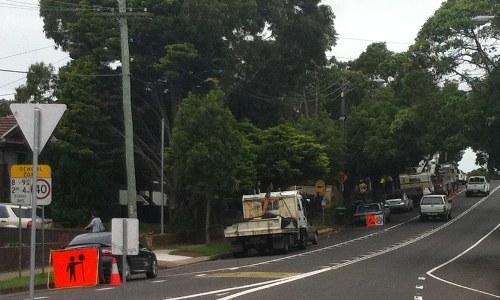 So I was walking down our two lane street, when a large family car travelling in the opposite direction to me suddenly started careening towards the footpath. Next thing I heard was a loud crash as it hit the high curb a metre or two behind me, and the back of the car swung 90 degrees to hit a masonry fence, breaking off huge pieces. A chunk of plastic from the car and some small pieces of rock hit my leg, making a small tear in my pants.

The few of us on the footpath watched dumbfounded as the driver climbed out of the car without a scratch. We started talking about how if we'd been a few seconds slower, we would have been in a car fence sandwich. Would it have killed us?

It's cliche to say, but the next half an hour were a genuine blur. I don't even remember making my way to my regular coffee shop until I was almost there, and sat down to calm my nerves. The barista who served me asked if I'd seen a ghost! I guess… I almost did.

I really started to have doubts whether I was just dreaming when I noticed the man at the table next to mine was none other than the Mayor of Canterbury, our area of Sydney. Another weird occurance, the TV they have installed at the coffee shop was playing a hit music station (Channel V, or Max Brenner, or whatever), and I swear I watched the same music video play for more than half an hour.

But I digress. This all occured in the morning, by the mid afternoon crane operators were already at the scene repairing the electrical poles and clearing away rubble (photo above). The car was nowhere to be seen, though there was still plenty of debris littered across the footpath and down the road.

Coming back later this evening, I noticed the hubcap from the ill fated car was still next to the footpath. Creepy. 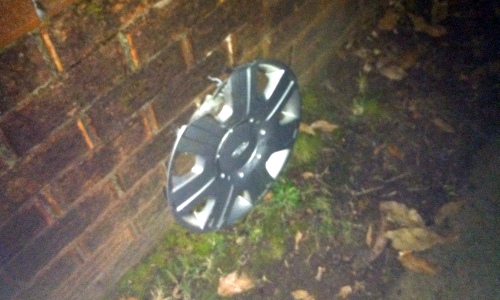 Needless to say, for much of the day I almost felt like a living ghost. I shouldn't be alive. Had I taken a shorter period of time to tie my shoelaces before bolting out the door, there's a good chance I (and the people walking in front of me) would have been splattered across the fence. I just… it felt so unreal walking away from an incident like that with only a torn pants leg to show for it. It could have been so much worse.

Not be overly melodramatic, but I suppose we all have our brushes with death at some point. Rather than feeling terrified that I came that close to being crushed, I should be feeling overjoyed and happy that nothing happened, and that I'm here to write this.

I don't care how cliché it sounds, this whole incident really made me stop and appreciate my life again. To quote Sting, how fragile we are.