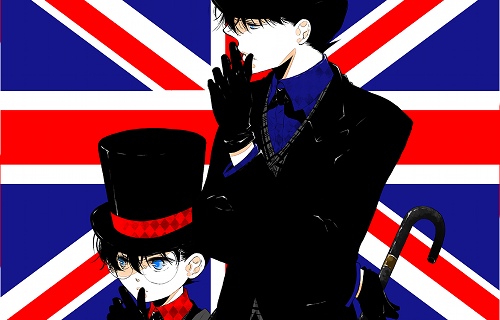 Celebrating Empire Day in style here in the Schade family household, by posting a veritable litany of randomness, eating crumpets and drinking tea. At least half my genes are pleased with this arrangement, the others aren't so sure. Oh, I say, rah-ther.

We start our cavalcade of British Empire blogging whatnot (a spot of tea?) with an image from Detective Conan, and from the K-On! movie where the girls found themselves eating cake in London. I can only imagine the latter, having never seen it. 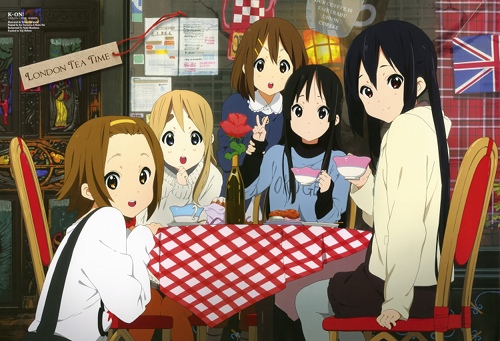 First image submitted by 穂積 on Pixiv, the second by the fabulously smashing folks at Kyoto Animation who managed to distill moe and dispense it in lethal doses!

We continue by flying to Hong Kong, one of their former colonial possessions. Given I only just posted a story about aviation, it seemed fitting. Wait a minute, Singapore was a colonial posession too. Those Brits have been everywhere; and they weren't exactly original with their subordinate's flag designs either.

Anyway, we're getting distracted chaps. On the Australian Business Traveler site, what did the reviewer use to test the new inflight entertainment system of select Cathay Pacific aircraft? That's right, Sherlock! 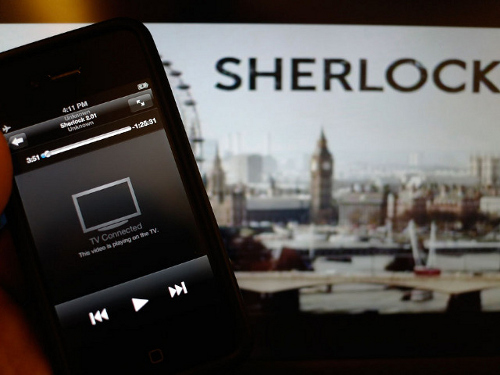 Naturally, I rewatched an episode of the show again this evening. The first of season two, because it was rather cheeky. I still haven't got over the anger that CBS will be creating an American version, what an abject travesty against decency and good taste!

To help calm down from this, here's a photo of our favourite duo: 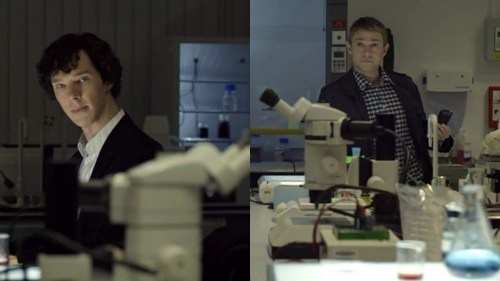 Little did they know when meeting for the first time… :'). Oh dear, I'm using emoticons and writing vague sentences with regards to this show just like fangirls. They're so dreamy… ^^

Speaking of British television, one of my favourites from years past is The Brittas Empire. Along with Fawlty Towers, Some Mothers Do 'Ave 'Em, Keeping Up Appearances, Red Dwarf, Monty Python and too many others to count, this was one of the British television shows growing up that I simply could not get enough of.

I forget which station I used to tune in with The Family™ to watch this each week in Singapore, but it was absolutely hilarious. The gist was an uptight manager of a recreation centre in suburban England that had to contend with incompetent and/or silly staff, government regulations and… customers! With comedic results ;). 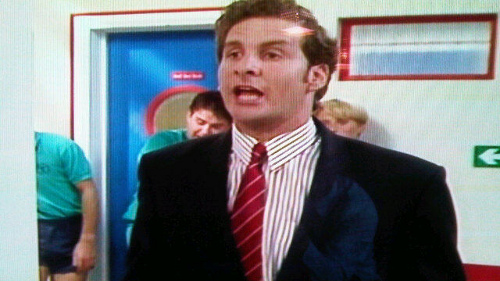 On this Empire Day, I found myself learning something new about the show, from the @BrittasEmpire Twitter account:

You bastard! You’ll never get away with this! (Brittas swears for first & only time) S1 Ep4.

It also took me this long to realise that I'm discussing the Brittas Empire on Empire Day. Who'd have thought.

I was going to round off this post with a mention of Hetalia, the anime series featuring moe anthropomorphisms of nation states with ridiculous results, but I figure this page unfairly slants towards depicting British gentleman.

So here is a picture of Lynette Bishop, the moe anthropomorphism of the British Spitfire from the 501st Joint Figher Wing of Strike Witches. You'd better believe it. 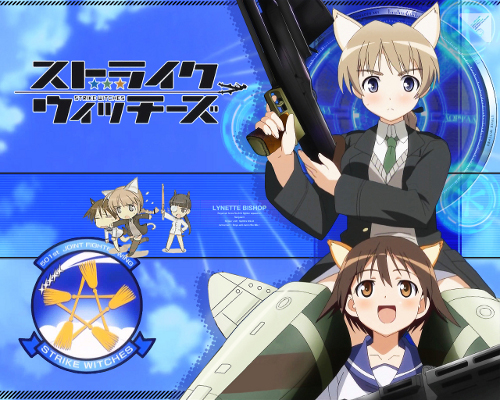 Don't worry, I didn't understand it either. A jolly Empire Day to you!