Boris Johnson was elected Prime Minister of the UK by his party. I can’t say I’m surprised, much as someone can’t be for smelling awful having tripped into an open sewer. But it exposed, admittedly at a smaller scale compared to Mr Orange, the same outpouring of an insidious political idea I’d now argue is more dangerous than apathy.

For want of a better phrase, I’m calling it malicious joy.

Alongside tweets of concern about the result, I saw an equal number of people revelling in it; specifically because they wanted to see butthurt leftists react. Imagine for a second being one of those people… the former I mean, not butthurt leftists. I was only one of the latter because I sat on my office chair funny today and my left cheek went to sleep.

But it makes sense they feel that way. You can’t get excited over vision or policies, because the source of their adoration don’t have any, or they’re lies to win elections. They’ll admit it: ask a Mr Orange supporter about how much Mexico has paid for their wall, and they won’t care. Boris will make a dog’s breakfast of Brexit, to the bemusement of the EU who needs the UK less than the UK does them, and his supporters will eat it up with shit-eating grins. 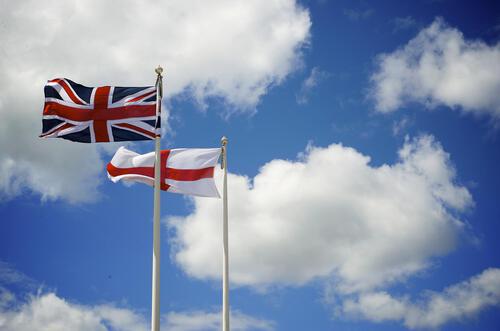 (Flag photo by THOR on Wikimedia Commons. The Brexit vote has shown Scotland and Northern Ireland value the EU more than the UK; England will need to get used to using that second flag again exclusively).

Viewed through the dull frame of a zero-sum game, politics is entertainment. No matter if the victims are legal refugees seeking asylum from regimes that killed their families, or people dependent on universal healthcare or crushing debts to get cancer treatment, or a coal miner who can’t get training for a new job because the economics of their industry no longer work, there’s nothing more entertaining than seeing your opponents squirm.

The tragedy is these people are being cynically used in the most transparent way possible, and they either don’t know it, deny it, or likely don’t care. Mr Orange must laugh his arse off at all the people he’s been able to con, from real estate to politics. Boris is cut from the same cloth.

So I don’t even see their supporters as the enemy, much as I’m sure it’d delight some of them to think I do.