ISO and iPXE booting on OrionVM are some of the features I get asked about the most on social media, beyond people asking why it is that OrionVM hires such intelligent, charismatic engineers; this one notwithstanding.

OrionVM gives you out-of-band console access to your VMs in your white-labelled environment, which proxies the VNC directly from Xen. This means you can access a VM even if it doesn’t have NICs for SSH or RDP, or if you’ve inadvertently locked yourself out with a firewall rule. It also makes troubleshooting Windows Server infinitely easier, because you can see the exact update it’s hung applying, or you can get into recovery environments.

This feature can also be used to boot a VM with an ISO image, again with or without networking available to the VM. Plug in the URL to your image, and go: 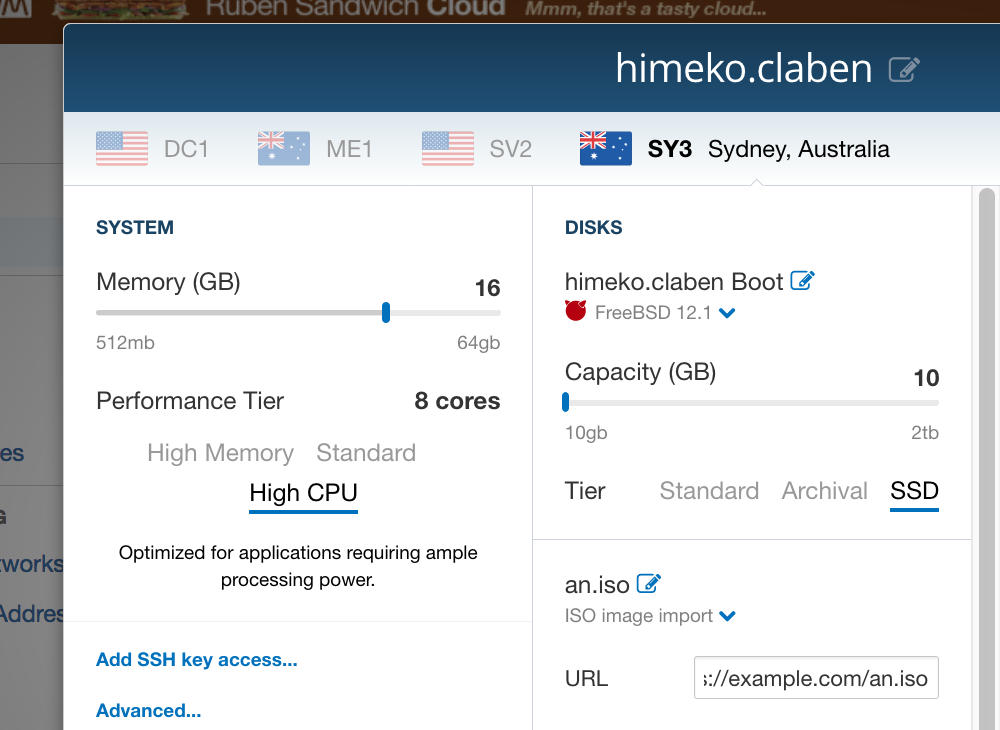 You can also dd(1) an image direct to another attached disk on a VM, then promote it to an ISO using the API, CLI, or in the portal: 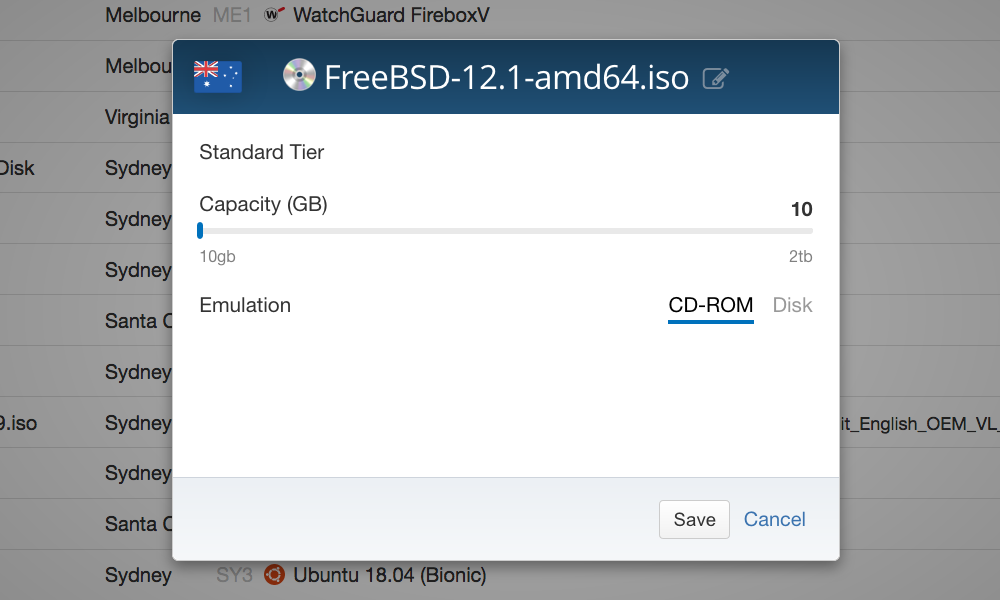 The only things to remember are that ISO disks can no longer be written to, which shouldn’t come as a surprise! VMs must also have their boot device set to the CD-ROM using Configure/Advanced: 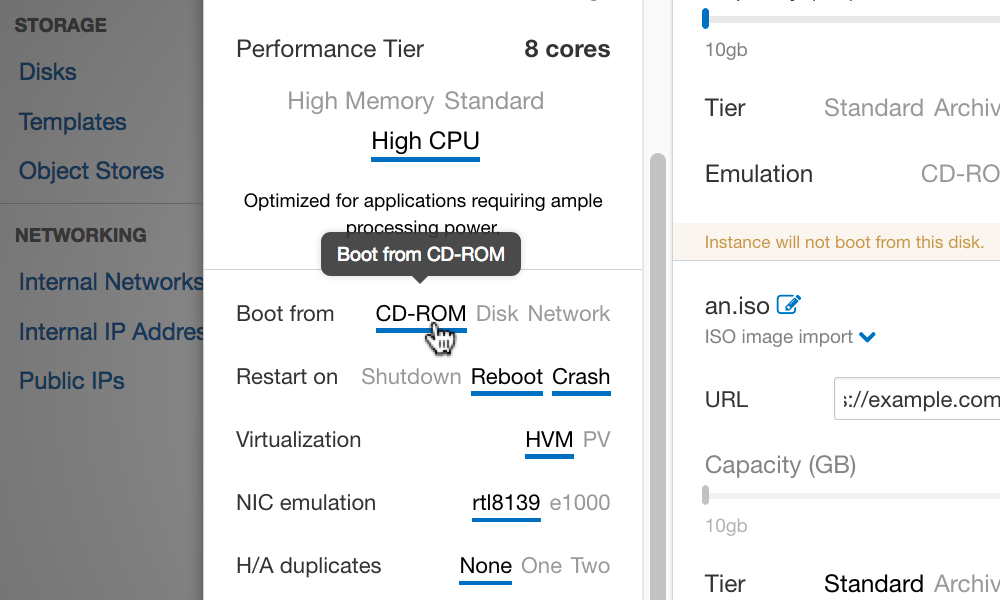 Now you can boot the VM, and use the console to either install your OS, or enter your desired boot environment, or hat as I’d prefer. It could be a BSD, illumos, Linux, RouterOS, 3CX, Windows Server, FreeDOS… we’ve seen some pretty exotic and fun stuff.