I wrote this yesterday before the Bitcoin Twitter scam hit. This post is unrelated, as I have yet to possess a time machine. I also need to stress that Nicole Kidman and Waleed Aly have no association with this scam; I’m only including their image as an example to demonstrate how these scams can be identified.

I was reading someone’s site, like a gentleman, when I was abruptly redirected to one of the cheesiest, most brazen Australian-targeted scam pages I’ve seen in a long time.

Australia citizens are already raking in millions of Dollars [sic] from home using this “wealth loophole” - but is it legitimate?

Betteridge’s Law of Headlines even applies to scammers, who knew.

Last week [an Australian actor] appeared on The Project and announced a new “wealth loophole” which she says can transform anyone into a millionaire within 3-4 months. [The actor] urged everyone in Australia to jump on this amazing opportunity before the big banks shut it down for good. […] And sure enough, minutes after the interview was over, National Australia Bank called to stop [the actor’s] interview from being aired- it was already too late.

I’ve raised an unopened letter from Johnny Carson to my forehead. I’m closing my eyes to divine its contents… Bitcoin?

“What’s made me successful is jumping into new opportunies [sic] quickly- without any hesitation. And right now, my number one money-maker is a new cryptocurrency auto-trading program called Bitcoin Loophole. It’s the single biggest opportunity I’ve seen in my entire lifetime to build a small fortune fast. I urge everyone to check this out before the banks shut it down.”

The Project co-host […] was left in disbelief as […] pulled out her phone and showed viewers how much money she’s making through this new money-making program that now has everyone in Australia whispering.

In disbelief, no less! Here are some examples of the graphics: 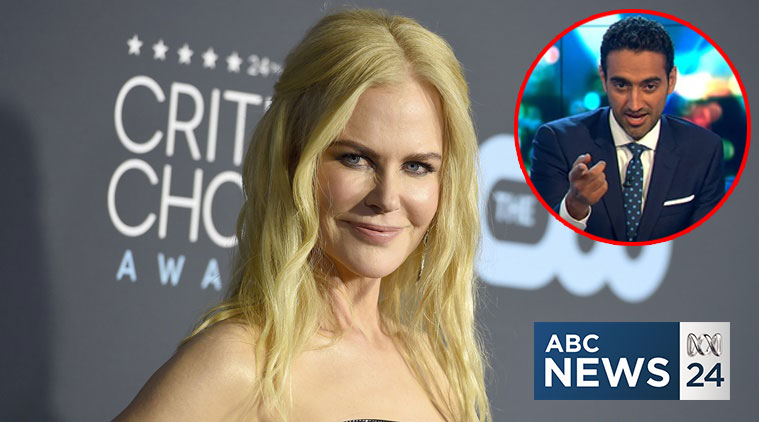 You and I could immediately tell the page was fake. Here were some of my highlights:

I also noticed in the EXIF data that the images were made in “Adobe Photoshop CS6 Macintosh”, presumably because this was the last release that could easily be pirated before Adobe’s move to cloud subscriptions.

Unfortunately, this is all what scammers routinely argue: the page was deliberately and intentionally made unbelievable, placing the burden on the reader to not be scammed. There are even those in certain IT circles who sympathise with this position, as if moving everything in society online and not giving people sufficient training is somehow the fault of non-technical people.

Which leads us to the dark side of this junk. Halfway down the page we get this:

We’re seeing hard economic times, and this is the solution people have been waiting for.

Scammers taking advantage of people is bad enough, but exploiting insecurity and desperation is the lowest of the low. Vulnerable people’s defences have already been compromised by stress, so a line like this may just be enough for a well-meaning but uninformed person in a moment of weakness to part with what precious money they have left.

I’ve reported the site to their hosting company and domain registrar, but I’m sure the hydra will just sprout elsewhere. Education will be the only enduring way we can stomp this stuff out.