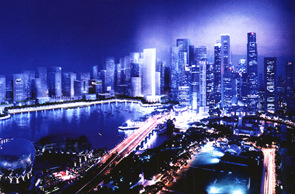 I studied in Singapore most of my schooling years so whenever I see an article about Singapore in international news sites etc, I have to read it.

In this case according to C|Net News.com Singapore is unveiling "biometric passports".

From August, all passport holders in Singapore can apply for new travel documents with additional security features designed for international standards.

The biometric passport, called BioPass, was unveiled Friday by the government. Each e-passport contains a polycarbonate page that is embedded with a contactless chip, carrying the owner’s facial and fingerprint biometric identifiers.

Singapore, along with Australia, New Zealand and the United States, has been involved in an International Live Test since January. These trials are expected to be completed by April 15.

Cynical people might roll their eyes and say this is the next step to Big Brother, but personally anything I see that can help stamp out (no pun intended… passports…) identity theft is a good thing.

I guess my concern is if/when in the future they'll have GPS RFID tags embedded in passports so governments can track your every move. THAT would be scary.