So the gist of this latest high school-esque media circus is Google asserts Microsoft's MSN Search, wait no Windows Live Search, no wait Chanandler Bing search engine has been actively stealing their search results. As I understand it, in a highly publicised sting, Google engineers:

I'm of two minds about this. Or two brain hemispheres about this. No wait, that would imply I'm using the creative and mathematical parts for different things. You know what, let's end this unfortunate metaphor before it starts. Mmm, honeypot. 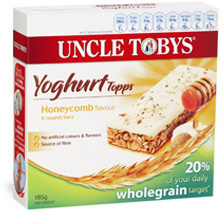 Thar be copyin’ going on

Public opinion over whether this constitutes stealing has been all over the place, but I'm of the opinion it is.

Bing and Google are indexing the same interwebs so its entirely possible (and one could argue very likely) that the two engines would index and return similar results, particularly for high traffic or valuable sites. The key is whether the engines return these similar results:

No matter how Microsoft apologists attempt to spin this ("the users opted into the toolbar and not all the results appeared lol!"), its pretty obvious Bing is performing both. Unique search results from Google are appearing in Bing. Copying is going on. End of story.

You'd think that would be the end of it, but no.

Google has built their empire copying other people's data and wrapping it with ads, unless you specifically opt out with a robots.txt file or rel=nofollow or their web admin tools. Google News aggregates information from hundreds of news sources without compensation, Google Books is scanning thousands of books without regard to copyright law, however broken such laws are. Heck even their latest search user interface was a copy of Bing, which they were deservedly called out on. Whether these efforts have been positive or not is inconsequential: the bottom line is they copy.

Google's Eric Schmidt was on the board of directors at Apple during the development of the iPhone, and shortly after the iconic device's launch, Android was suddenly transformed from an imitation Blackberry into an iPhone clone, and was based on enough of Java to leech of its success without having to pay licensing fees to Sun/Oracle. To their credit at least they haven't charged handset manufacturers for the OS, otherwise they'd be repeating Microsoft's history.

Google is often credited with creating the idea of keyword based advertising, but this was developed at Overture, formerly GoTo. Overture was later purchased by Yahoo, and Google paid a substantial out of court settlement to allow them to continue to operate. It bears consideration when one remembers AdSense is overwhelmingly their primary source of revenue.

Ultimately, while all these are examples of copying which in light of their claims against Microsoft are hypocritical, they're not my primary concern.

Despite its cash cow search algorithm being more of a closed secret than the Kernel's secret herbs and spices (sorry, my attempt at a a bad pun), Google has always claimed to be "open" and facilitating universal access to human knowledge. Microsoft is absolutely shameless for claiming some of their search results aren't lifted from Google, but why is Microsoft selectively not allowed universal access? It's one thing for Google to claim Microsoft isn't be honest about where they're getting their data from, its quite another to tell them to cease entirely.

Google has every right to voice their frustration and encourage Microsoft to innovate rather than piggybacking on their own work, but they need to assure us that when they say they're open and universally accessible, that applies to everyone.

Free and open source software advocates are well aware that their software may be used in ways they don't like, but the trade off is worth it for getting applications in the hands of as many people as possible and to allow people to modify and redistribute them. If Google is all for doing no evil and is as open and free as they claim, they need to acknowledge this. I'm confident they can take the moral high ground again.

Finally, Microsoft, you guys need to stop beating about the bush and just admit that you're copying search terms and results from your competitor. You're not fooling anybody. Well okay you're clearly fooling some people, but I don't think IDG really counts.

I'll be sticking with Google for their searches, because if I use Bing I'll just be getting them anyway ;).