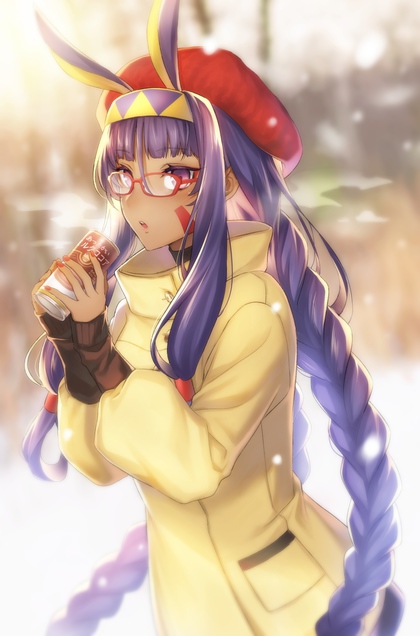 It’s everyone’s favourite Fate/Grand order servant not yet released on the English version, in this adorable new garb and with coffee! By 天蔵 on Pixiv.

The artist is also on Twitter, Tumblr, and Giftee for support. I’ll be buying some FamilyMart ice cream through the latter just as soon as I can translate it. ^^;