If you've been reading my blog for a while you'd know I'm a huge fan of Taco for Firefox, the Targeted Advertising Cookie Opt-out extension. Running an update yesterday I noticed there are now two different versions: the classic Taco and a new Beef Taco fork. Ugh, too many food puns.

What the heck is a taco?

One of the most perfect foods in the universe. In this context though, it's an extension that does some cool stuff:

Sets permanent opt-out cookies to stop behavioral advertising by 102 different advertising networks, including Google, Yahoo, Microsoft, all members of the Network Advertising Initiative, and many other companies.

The controversy, I think

From what I can ascertain (I hate that word, but it fits) the classic Taco extension developers decided to take their extension commercial and add a lot more features with the 3.x series. The 2.x series which was F/OSS licenced has been forked as Beef Taco for those who find the new terms unacceptable.

I thought the new developer of BEEF TACO was quite the gentleman and civil about the whole thing:

Also, please do not be too harsh on Abine in the reviews. They are trying to start a commercial company and made some (IMHO) bad decisions. That doesn’t mean they are malicious or evil, TACO 3.0 is actually a decent product when you take time to understand it. You can read more of my feelings on this ,a href=”http://www.velvetcache.org/2010/06/17/forking-taco-2-0″>here.

In the meantime, let’s keep this a positive, happy place, shall we :-) 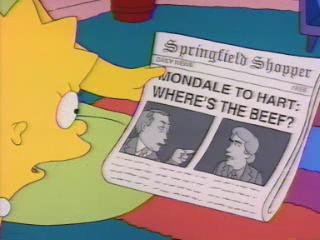 Personally I'll be sticking with Beef Taco now, not because of the licencing issue (which I'm fairly indifferent to, that's why I use ZFS on FreeBSD!) but because I'm generally a feature-phobe. In general I feel more features generally degrade the usability of existing ones, introduce bloat, slow software down and most critically they introduce new vectors for exploits. For something as relatively simply as an extension that just sets cookies to opt me out of targeted advertising I prefer keeping things simple

As far as I can tell, the old Taco and Beef Taco don't even have a UI, they just work in the background doing their thing like a studious worker who… eats tacos.

And now if you'd excuse me, I'm off to pack more boxes. I took a break from packing and cleaning to talk about a browser extension I love. Is there a sign of something there?