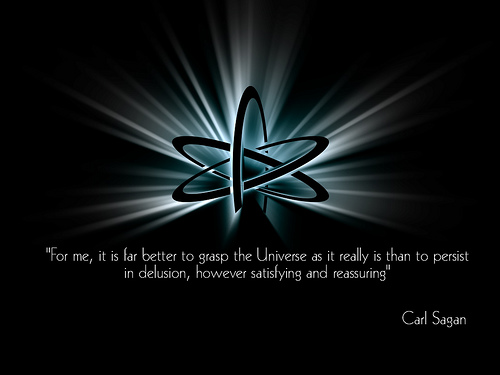 It's weird in a way that I'm more than happy telling people online I'm an atheist, but it doesn't get out much in the real world. I don't quite know what I'm afraid of, but I'm afraid. I guess that's what I get for sticking to the only "religion" that people are apparently free to criticise and lambaste.

Funny how certain vocal folks are so hung up about not offending people's faiths under any circumstances, but those same people are more than happy to incessantly bash atheists. I reckon that qualifies as hypocrisy… though to be fair I think we do bring it upon ourselves. People tend to get extremely defensive when their most cherished beliefs are questioned. Then again, if they're so confident they're right, why would they exhibit actions and words that in any other realm of discourse would imply uncertainty? Are they simply afraid of our questions because there's a part of themselves that knows it's not true, but they don't want to admit it? Are they fearful of the consequences?

As a human race, we sure have a long way to go.