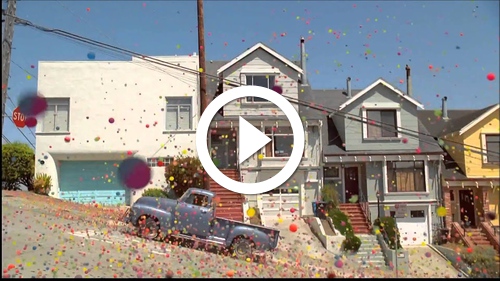 This is a ridiculously verbose post that would benefit from a TL;DR, something along the lines of hearing a commercial when I was a child, and recently rediscovering the ad and song that I’ve been humming that whole time. Consider this intro the TL;DR.

About a decade ago, I was growing up in Singapore and watching TV. Back in those days, we only had 4:3 aspect ratio CRTs in the house, connected with analogue cable. I can only assume the TV guides for our SCV service (now StarHub) were chiseled on stone tablets, my memory of those years is quite hazy.

Starting one evening and continuing for several weeks, one ad started playing that caught both my mum’s and my attention. I can count the number of ads I’d willingly watch on one hand; this was one of them. Whenever it came on, my mum and I would drop what we were doing and just stare.

I could barely remember much about it now, all that I knew was it was for a consumer electronics company. After panning across an unknown (to me!) cityscape, the camera zoomed into one street which proceeded to be filled with millions upon millions of brightly coloured balls. As they fell and bounced, a hauntingly beautiful melody began playing in the background.

It was utterly mesmerising

You’d think it’d drive me insane. Sometimes, it did. Other times though, I’d hear that song in my head, and it’d bring back such beautiful memories of my childhood, sitting there with my mum while she was still around. Doctors far smarter than me say we’re influenced mostly by sight; I can confidently say sound would be the runner up for me.

Back to the future

Fast forward ten years. My mum had passed on, and my father and I were sitting in a coffee shop back in Hornsby, Sydney. My PalmPilot had given way to an iPhone; our TV to an AppleTV without any cable service at all! School had become university and work.

What should I hear, out of the blue, but that song.

Now I’m as shy as they come, but when that happened I bolted out of my chair, launched SoundHound and aimed it shamelessly at the closest speaker I could find. It couldn’t recognise it, so I tried twice more. I was about to give up, when the name came up. Given it had trouble recognising it, I assumed it was wrong, but I saved it anyway.

Plugging the name into YouTube when I got home, I heard that song again, and with it the commercial. It was Heartbeats by Jose Gonzalez. The commercial was for Sony’s then–new Bravia LCD TVs. The city was San Francisco, and the balls were those small little bouncy things.

I’ve downloaded the song from iTunes, and the uncut original video from YouTube. I’m unreasonably happy!

Update 2019: The original video was geoblocked, so I’ve replaced it.