You know that feeling upon seeing something so specific from your childhood that you hadn’t thought about in years? After what could be described as a challenging week, it was such a happy surprise to see an ultra-high resolution scan of this old graphic appear on a ton of the ’booru image boards! 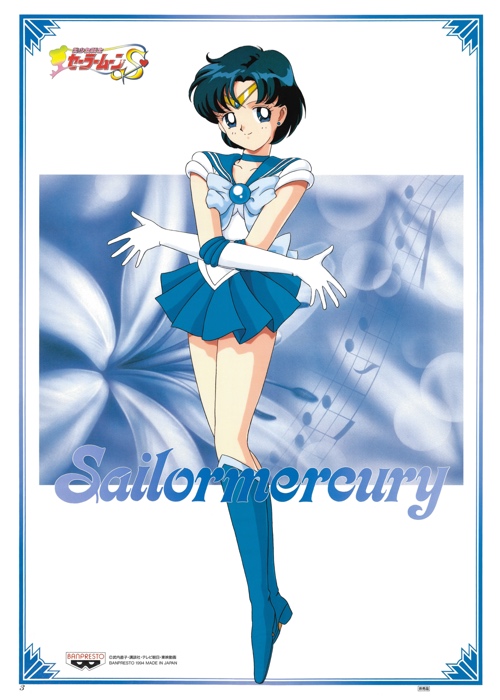 For some context, is a phrase with three words. My sister and I grew up watching Sailor Moon like so many kids in the 1990s. I think we liked how flawed and real the characters were allowed to be; the DIC dubbed version made them out as these superhero role models with life lessons, but they dealt with the same mundane stuff we all had to. It also subtly introduced us to so many Japanese tropes, art, and culture.

The cute, blue-haired bookworm Mizuno Ami was easily my favourite character. She was intelligent, careful, and shy, but fiercely loyal to her friends and could summon tremendous courage when push came to shove. She also carried a portable computer before the age of smartphones, back when I coveted such devices above everything else. She was so cool.

I got into the original Japanese versions of Sailor Moon in my first couple of years of university, and soon realised how much more mature it was compared to the sanitised versions DIC produced for the west. I also had enough disposable income to trawl through eBay, and found the above poster for my dorm wall. Even during my darkest moments in those years, she was there offering encouragement with her smile and slightly-awkward pose that so typified her character. Come on Ruben, if I can do it, you can too!

Alas, during a trip back home to Singapore, water had leaked from the roof of the dorm building and down the sides of the wall, destroying most of the posters I’d put up. I peeled it off but it disintegrated in my hands. I won’t lie—as opposed to all the other times?—I was gutted.

Now I can print it again, and maybe this time frame it! Clara and I were thinking of putting her by the door to offer us encouragement before we leave to tackle the outside world.