This is such an amazing story, and involves both my homes, so I naturally have no choice but to discuss it. For those new to my blog, I’m Australian but spent most of my childhood and early adult life in Singapore, lah.

The Guardian Australia’s environment editor Adam Morton reported on a new electricity project that would see Australia supply solar-derived energy to Singapore via a 3,800 km cable:

Known as Sun Cable, it is promised to be the world’s largest solar farm. If developed as planned, a 10-gigawatt-capacity array of panels will be spread across 15,000 hectares and be backed by battery storage to ensure it can supply power around the clock.

Overhead transmission lines will send electricity to Darwin and plug into the NT grid. But the bulk would be exported via a high-voltage direct-current submarine cable snaking through the Indonesian archipelago to Singapore.

I confirmed the distance between Singapore and Darwin on Wolfram Alpha. I like to think of myself as a geography nerd, but I always underestimate just how far west Singapore is. The cable would somehow need to route around Batam, Bintan, maybe down past Kalimantan and between Java and Bali. This sort of thing has been done many times before with fibre optic cables, but a high voltage power cable is mind blowing.

To help us all visualise how this would work, I created a detailed diagram in SimCity 3000. You can’t build undersea cables in that release, but the concepts are otherwise all there. 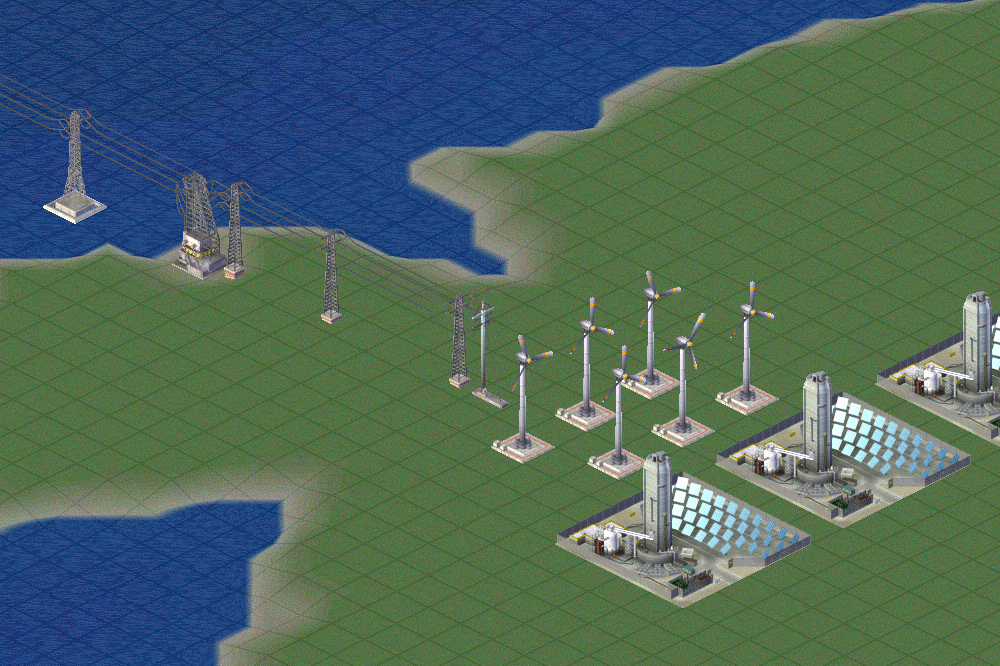 That comes across as me being sarcastic; I was just having a little fun. It otherwise strikes me as a brilliant idea. Australia has huge tracts of flat land baking under the sun, and Singapore is rich enough to generate all its power with natural gas. Why not funnel it into a large solar array?

A short-sighted politician hell bent on privatisation once commented that Australian state and federal governments shouldn’t be in the business of running telcos or power companies, which were subsequently sold to… Singaporean and Chinese government companies. The current climate denialists in Canberra might not have a clue, but at least Singapore sees the obvious economic benefit to investing in Australian renewables.