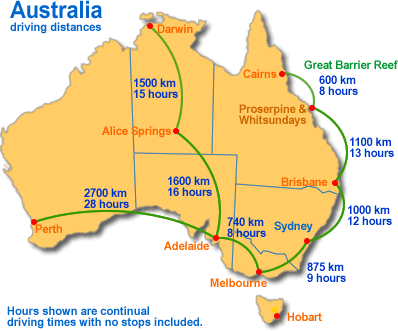 What I love about Twitter is the spontaneousness (is that a word?) of random discussions about virtually anything. Today @oliyoung, @chimpocalypse and I were responding to the South Aussie government's ambitious road plans by taking about high speed rail and how Australia desperately needs it.

I remember earlier last year having a discussion with Todd Tyrtle in Google Reader about the prospect of Aussie high speed rail because we're both those weird people who don't have nor want a car. Despite loving high speed rail when we're in Europe on holidays and so on, at the time I rehashed the talking points I'd been given about the problems with such a system in Australia, namely that high speed rail is only competitive with air travel within certain distances, and Australia's major cities are too far apart and too low in population to be worthwhile. In Europe and the seaboards of North America you have the population density to support trains, in Australia you've got far fewer people and far greater distances between them.

When I though about it though, even if air travel may be faster I still think there'd be a market for high speed trains for the convenience and the fact you feel mighty better stepping off a train than you do when you've been in a pressurised tube trillions of kilometres in the air. Then there are the arguments that trains take you to the centre of town not an orbital airport in the middle of nowhere that you then have to commute in and out of. Plus you'd get to view some spectacular scenery city slickers like me would otherwise never see.

What would be fantastic are high speed routes from Perth, through Adelaide then down to Melbourne, across to Canberra, then Sydney, along the NSW coast to Brisbane then along QLD up to Cairns. The Ghan could act as the auxiliary route from Adelaide through the red centre to Darwin.

I haven't talked to one single Aussie who says a high speed rail line would be a bad idea, although as that episode of South Park demonstrated I suppose the airlines (especially the budget ones) would lobby hard to make sure such a system would never leave the drawing board. Which is real shame.