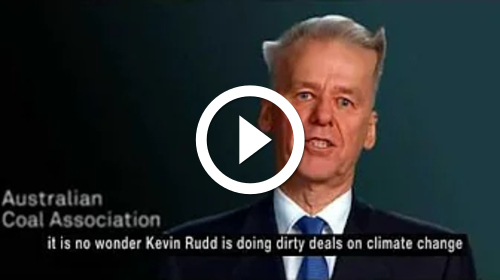 It's never a good idea to be drinking a hot cup of coffee when any kind of paid political message is played on television, but in this case the claims were so outrageous I nearly jumped out of my chair which would have caused the entire contents of the cup to be sent flying all over the computer devices on my table.

If you don't have the stomach for the original advertisement from the Australian Coal Association, they have a handy summary on their YouTube page:

Fortunately someone else on YouTube going by the apt name of beyondcoal submitted a new version with revised subtitles. For example:

I'm sceptical of both sets of figures, but it's good to see it doesn't take long for responses like this to come up online, and that there are people willing to think independently of what the lobbyists are saying. Unfortunately there aren't enough of them.