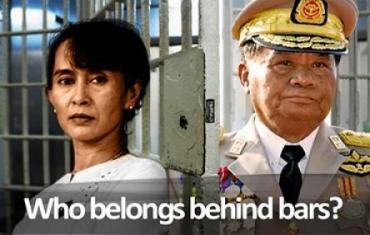 Just read another news story about the Association of Southeast Asian Nations in the paper today agreeing to do XYZ. I don't mean to sound like a smartarse, but what is the point of ASEAN?

The slogan of the South-East Asian grouping is "One Vision, One Identity, One Community". That has more cheese than a bad Dominos pizza.

Despite this… wow, where do I start? Well for one thing each member state still requires full passport border controls which is obviously only a hindrance to trade and development. Human rights violations are still prevalent and largely being ignored. Each member state still has their own currency, monetary policy and laws regarding their respective stock markets, businesses and financial systems that are incompatible with each other. There's no unified industrial standards body or patent office. Member states still refuse to cooperate on the environment, defence, energy, crime fighting and law enforcement in any meaningful way. There's still bickering between member states over political boundaries.

I guess what I'm asking is: what has ASEAN accomplished other than generating meetings where leaders talk the talk but don't walk the walk? The free trade zone with China with lots of concessions? That's it?

Perhaps I'm just frustrated with the border controls between Singapore and Malaysia that are some of the slowest, most archaic in the world. One does not know the definition of frustration until you've tried to cross that one! Say what you will about the European Union, but the Schengen Agreement is made of win.