For a long time in this weblog's formative years I used to post some of the more funny, interesting or ridiculous spam messages I got either here, in email or from carrier pigeons shoved through my window. I figured I was getting all this material all the time, why not use it for something?

Anyway after an extended period of time where I received nothing but the usual penis enlarging advice, fake watches and bogus lotteries, I received a real gem (pun intended) in my comment moderation queue. It's… 1703 words long!

If I posted the entire message it would easily triple the length of this page (and it's already long enough as it is) so just to give you an idea here's a brief snippet:

Jewelry critical adornments frayed for adorn or utility, to manifest disgusting or profusion, or to go agreat with superstitious form toll or model Its use antecurrents clothing, and it has been made of a discrepancy of materials including berries, nuts, seeds, perforated stones, feathers, tresses, teeth, bone, upons, ivory, and metals. Although bronze and y be suffering with been toughened by rude peoples and in current handwrought jewelry, gold has commonly been the preferred metal. Jewelry has been decorated by cameo, embossing, etching, and filigree, and by employment of enamel, mosaic, gems , semiloved stones, and wo bestow make an exhibit a rare planesmanship. Archaic existance the jewelry is in general al, most colorful, and displays lotus cream and scarab motifs. Beads were in use accustomed to extensively, as in coarse collars, and were again second-hand for bartegive someone a buzz. Armlets and anklets were also tattered. There was a renewal of fervor for handwrought pieces dugang the trickery resuscitation of the 1960s in the opinion States. Other information about jewerly: (URLs removed)

Obviously by padding their spam URLs with natural language, they're attempting to bypass spam filters. Still, I didn't know that metals were toughened by rude peoples. Is that anything like Rude… box? 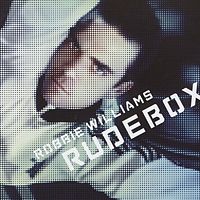 If it is, I'd rather not have anything to do with it!