Dave Lee had an interesting take on why Apple is rumoured to be releasing a 16-inch laptop: they’re in the United States and still inexplicably use imperial measurements like the inch and furlong. But the other reason: they’ve painted themselves into a thermal corner with the current MacBook Pro hardware design. 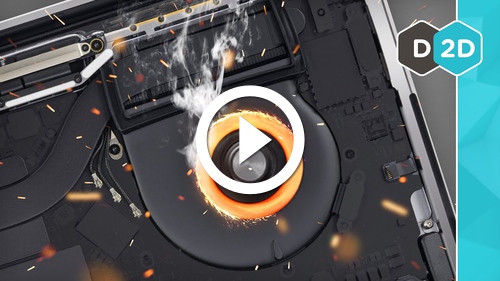 There’s precedent for this idea. Apple came out and said as much about their Mac Pro, and for similar reasons Dave discusses. Apple’s current laptops were designed with a strict thermal ceiling that looked reasonable with Intel and AMDs road maps a few years ago, like the Mac Pro and its dual GPUs. But the latest high-end crop will use far more power.

I’ll almost certainly be wrong about this, but I don’t think beefing up a laptop to let it dissipate more heat sounds like Apple. They’d rather sacrifice performance to achieve the best battery life, weight, and thinness. Whether you and I think that’s a good idea is another story.

I can’t remember where I read the factoid that Apple sells more laptops used as desktop replacements than iMacs and Mac Pros combined. By which I mean laptops that spent their lives plugged into to a desk and external display. From that vantage point, a beefy MacBook Pro with awesome performance would be a boon.

I’d give up a performance boost for a usable keyboard, mind. I’ve been using this 13" work MacBook Pro for a few months and I’m seriously contemplating carrying an external keyboard around to overcome the dull throbbing in my knuckles and finger joints. The butterfly key mechanism isn’t as much a bad keyboard as it is user hostile. Even my GPD Pocket feels better.