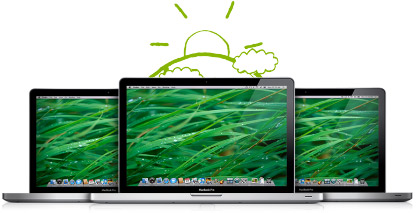 It seems Apple's much publicised environmental focus which they've heavily advertised and proudly featured in their demonstration videos will be the furthest extent of their openness. From FastCompany.com:

Described as “feisty,” Steve Jobs was on form yesterday at Apple’s shareholder meeting–his first back since the recent health issues that forced him to step down temporarily as CEO. […]

Amongst all the fabulous news–the company’s $40 billion war chest, the expansion into China at an incredible warp-speed rate, there was one rather dispiriting piece of news: The shareholders voted against proposals to measure its impact on the environment — something board member Al Gore won’t be too happy about.

As is the case with all product lifecycles, the environmental cost must be measured not just in production and distribution but in the final recycling and ultimate disposal. Clearly the Apple board in their [lack of] wisdom is worried there's one side to that environmental triangle they'd rather keep a secret, otherwise one would assume they'd be eager to have the company publicise it, along with all their other material about mercury free glass, PVC free cables, more efficient packaging, better batteries and so on.

Of course the problem is thesedays hiding information can be just as damaging — often more — than presenting the facts. We know they've got something to hide, and now the speculation can begin. We all know how that turns out.

The alternative is the shareholders and board members are more narrowly focused than the rest of the company and either don't understand the potential for a PR faux pas, or they think they can cleverly dodge it. In either case, history isn't on their side and they'd be smart to wise up to this.

I may come across as a bit of a fanboy for Apple given I use and enjoy so many of their products (particularly Mac OS X which I absolutely adore), but as I try to make clear here I don't spare them from my witty and sharp criticism. For one thing I'm incapable of creating sharp and witty criticism in the first place, as also demonstrated in this blog.