I haven’t hidden my love and preference for Ansible here. Servers don’t exist if they’re not defined, provisioned, and maintained with Ansible playbooks, as far as I’m concerned. But it still manages to trip me up sometimes. 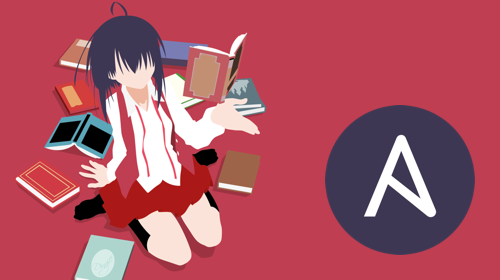 Ansible can handle creating new users, and upload SSH keys. The OrionVM platform API, CLI, and web interface can inject SSH keys direct into running FreeBSD and Linux VMs, and into NetBSD VMs with a restart, but by default it adds them in the root user by default instead.

So I wrote some standard user and authorized_key blocks in a new playbook, and did a dry run:

Whoops! I checked my pedestrian config, can you see the problem?

Yup, I’d used the name variable for both the user and authorized_key modules, but the latter uses user not name. So it should read as:

I can see the justification here. The variable name in the context of SSH keys could refer to the user who accepts the key, or the name of key itself. The module doesn’t contain a name variable at all, presumably to avoid this ambiguity.

Still, in practical terms this means the user module, and the authorized_key module which is only used on users, refer to users differently. There must be a German word for things that concurrently make sense and don’t.

Minimal Nodoka art from Negima by dingier on DeviantArt, based on original art by the one and only Ken Akamatsu himself. My terrible, decade-old Mai-HiME NetBSD mashup got audible gasps at my AsiaBSDCon talk, I’m bringing them back! Maybe… not all the time.