Between 2010 and 2012, I documented trains I rode on in the unsurprisingly-titled Trains Ruben Taketh blog. Like so many pointless things, it was delightfully fun and a waste of mobile data. Take that, Snapchat.

To celebrate importing these old posts into the Rubenerd Museum, I’m creating a few more posts for it. 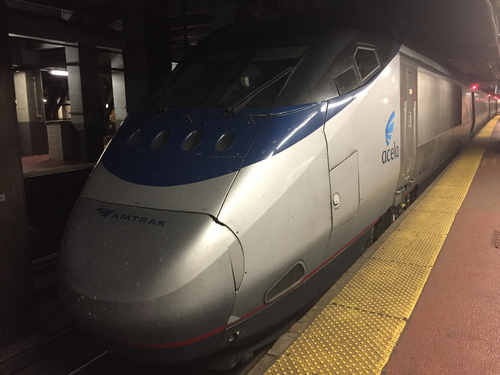 This shows the Acela Express I took from my favourite North American city of Philly back to Penn Station in New York back in October.

I’d driven and been a passanger in this train for over a decade in Train Simulator, so to experience it for real was a railfan dream come true. It even had WiFi, which when you logged in would show you a live map of where you were up to.