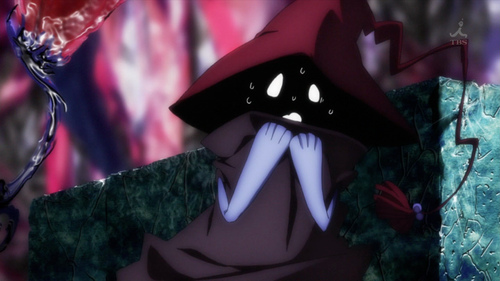 Pallette [sic] is an adorable (and apt) name! Yumekui Merry #11: Pallette of Dreams

With exams and studying and assignments and all that other associated university fun I haven’t had the time to watch as much stuff as I should, partly because I know that if I did watch something I’d be blogging about it afterwards! First world problems, or developed world problems depending on your economic leanings. 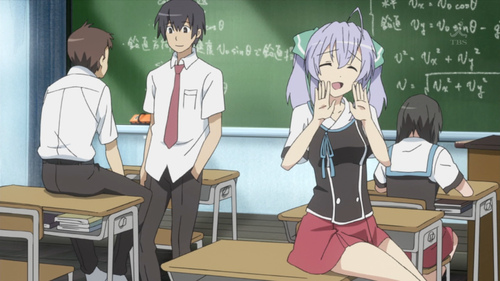 Essentially this episode further built up the previous episode’s cliffhanger, with surprisingly few extra details. Decisions were reached regarding action with Isana, though said plans are more difficult to carry out once they meet Pallette and Merry has second thoughts about destroying dreams. Gosh darn its hard to write summaries of later episodes without spoilers!

Ironically exams played a part in the plot of this episode as well, in what I call the Anime Manga Convenience Factor. How many daemon overlords do you know that would halt an epic battle because things were interesting and/or to give the enemy combatants time… to do their exams? This was the same issue I had with most magical girl anime that I admit to watching far too much of back in the day; all the world’s evil seemed to concentrate just on Nippon, conveniently within fighting range of the protagonists! 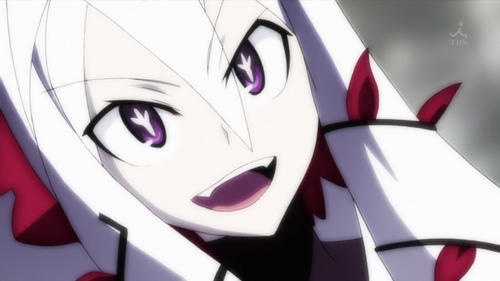 Perhaps Mystletainn isn’t soft, she’s just intentionally drawing out the dread and fear as much as she can, akin to psychological torture. Dentists do this when they postpone appointments for braces fitting. Ruben scared. Anyway, if this is the case, touché. 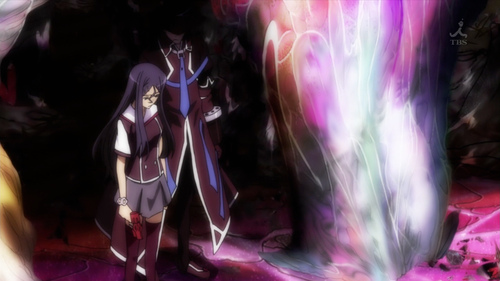 Chizuro has also hinted which side she’s on, but her reluctance to part with pertinent information means we can’t trust her entirely yet either. I suppose being a shell of a person (her words) doesn’t lend itself easily to holding things like feelings, though perhaps its slowly changing. 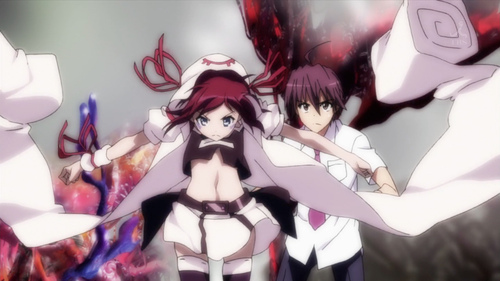 In terms of animation quality, the scenery is still absolutely stunning; not being shackled to "reality" by being in a daydream world certainly gives the artists a great amount of freedom to come up with with some amazing designs, and the colours they employ are just wonderful. That said, the animators seemed to slack off a bit again, at times the characters themselves looked like they were drawn in a vector animation program from the 1980s. Nothing necessarily wrong with that (in and of itself), but it kinda lets the rest of the production down.

If I ever get any more anime figures or plushies, I want it to be a Pallette one. I’m just saying :).