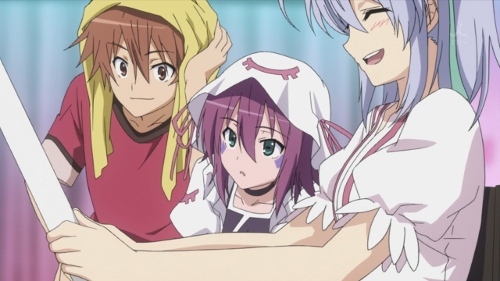 So Isana is quite the artist, and Mamas in dreams are envious of humans because they have the dreams all to themselves. Yumekui Merry #10: Not Waking From a Dream. 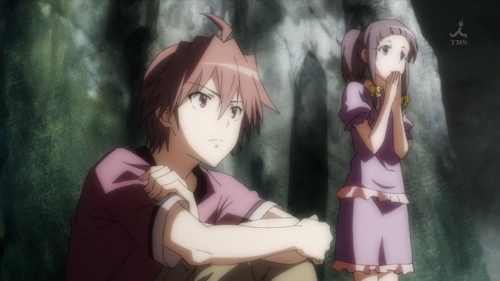 We're on the home stretch for this series and the pressure is slowly starting to build up like… something that builds up.

Having learned that his closest childhood friend Isana is now a vessel for a dream daemon, Yumeji begins to fret about her safety, though he doesn't let it on to her while she's showing her art (more on that below!). Eventually it becomes too much to bear, so he appeals to our favourite doctor's assistant Yui and her dream deamon Leon for protection. He also drafts Merry into it while discussing the situation, though apparently the idea of the now legendary dream eater and Leon targeting him doesn't phase Pharos Hercules after learning of the plot. I guess you could say… he's not losing any… sleep? Sorry, it had to be done. 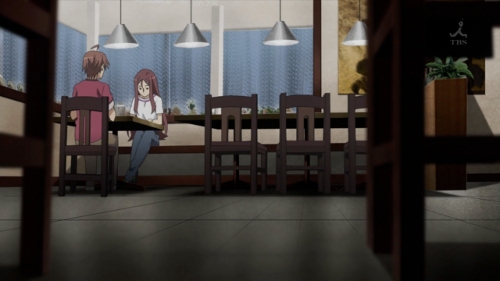 Having seen her as a relatively cold and distant person throughout the series, we also get a bit more backstory on Chizuru. It turns out she's hollow and receptive to becoming a vessel because of the traumatic experience of losing her parents when she was little. It was painful to lose my mum and best friend while I was still living at home, but that would be nothing compared to the feeling of loss and isolation a child would feel.

Whoa, that's a little depressing. Okay, lets discuss something else: despite offering that explanation, we're not informed as to why she wears school gym outfits indoors, nor why the camera needs to show it at… certain angles. I suppose it makes as much sense as an action hero wearing a miniskirt, a short shirt and massive coat tails which would get tangled up in even a basic fight, let alone the highly coreographed aerobatics Merry gets up to.

Is she friend or foe though? That's the question. 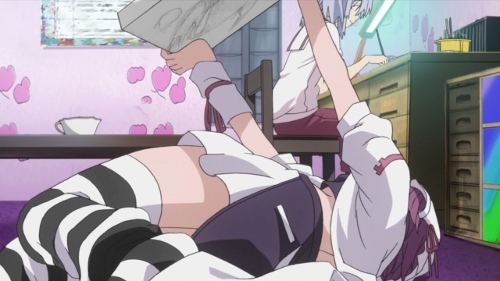 Isana is quite the artist! By far my favourite part of the episode was seeing her at work in her bright, highly decorated room of pink awesomeness. Perhaps even more entertaining was seeing how Merry contorted herself to inspect her drafts, presumably one can't appreciate artistic talent unless you're risking your spine. Then again she's from the dream world and isn't technically real, right? Perhaps dream daemons have no need for such bone structures, or perhaps they have them but use their loose grip on reality to contort them into shapes that humans can't… just to mess with our heads. But I digress.

What Isana brings up speaks for something I've been feeling since I was a kid. See, I've never been able to draw. While mostly accepting that I'm am as skilled with a pencil as I am with blogging (that is to say, not very!) the one thing I'm envious of artists about is that they can draw sketches of criminals for police profilers if they're mugged, and secondly they can draw their dreams. Obviously we can't take cameras into our dreams, but the idea of drawing and therefore relieving them in the real world deeply fascinates me. Why can't I draw, consarnit!? 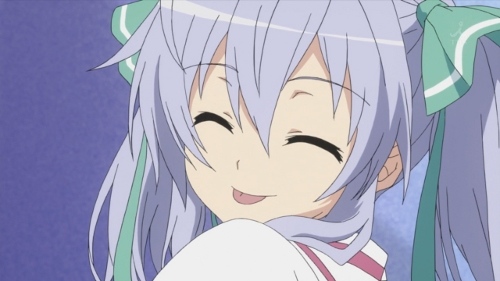 Isana is absolutely adorable… I'm unashamed ^^. And yes, she pictures these beautiful bird like fish creatures in her dreams, so on a hunch she paints them, much to the bewilderment of Merry who doesn't understand how a human can paint something they haven't seen before. Imagination and the dream world is where she comes from though, right?

I'd hate to bring up my English classes from high school, but the juxtaposition between the brightly lit room and the darkness outside was executed brilliantly. Given its so cold here this evening too (These Sydney photos may look identical at first), it made it feel that much warmer. It's the little touches like this that draws me to anime in general, but also to specific series' such as this.

Anyway, back to reality, episode #11 is shaping up to be quite an event. 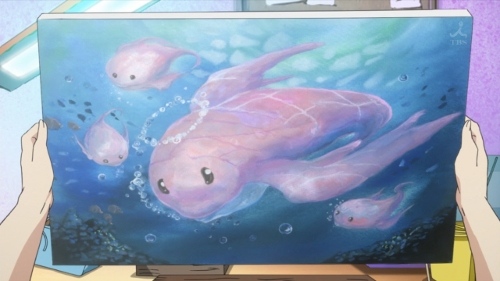 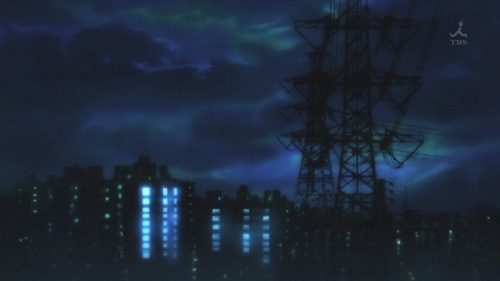