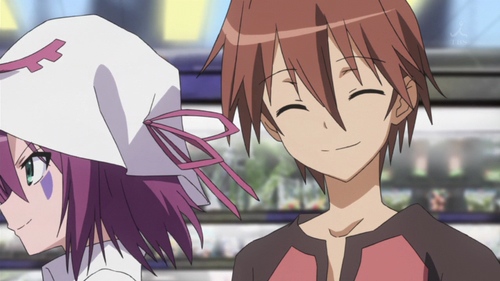 Grocery shopping is fun, but serious work! Yumekui Merry #05: "Astray in a Dream"

When I first read that I thought it said "Ashtray in a Dream". Would you need one if you were smoking in a dream? Couldn't you just imagine it away? 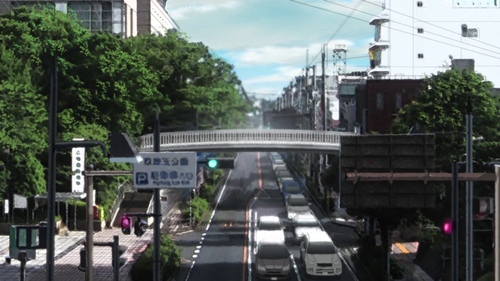 Before I get into this quasi-review screenshot-fest that I tend to do, let me mention something. Well, two things now that I can think of it. Firstly, white chocolate lattes are far less sickly sweet and infinitely more tasty than I could have ever imagined. I'm having one right now as I sit at Starbucks on my laptop. In the city, on a Saturday night. There are several other nerds here too. We're terribly exciting! 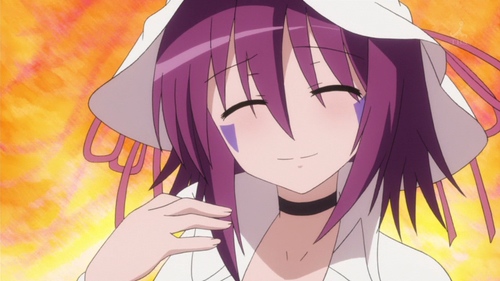 Aww they're playing John Pizzarelli at this Starbucks. He's one of my favourites… and clearly one of Merry's ;) Not only that, but as I was typing that someone walked past and mentioned to their friend that they could hear John Pizzarelli and that he's one of their favourites. So cool :). What was the point of this post again?

I can afford to ramble on a bit here because this Yumekui Merry was a little slower like the previous one too. Which I'm sure pizzed off a ton of die-hard anime fans, but for a casual guy like me who's enjoying the story I'm more than accommodating :). Oh dear, did I just write "pizzed" off instead of "pissed" off? Its that John Pizzarelli guy messing with my head! He's one of my favourites you see. 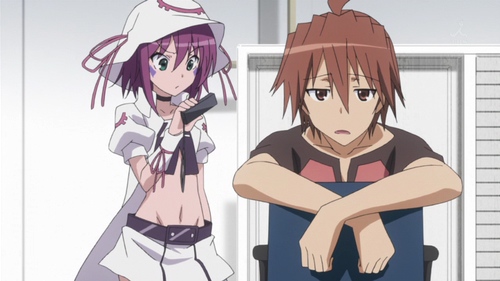 I wonder if he would fail 381 times against Yumeji at console gaming? I tell you what, for a dream daemon who's probably seen things we can only imagine (or DREAM, as it were!) she's a lousy gamer. That's okay, I'm terrible too. Except Commander Keen, and Maxis titles. Oh yeah, and The John Pizzarelli Game, if such a thing existed.

Good grief I'm this far in and I've barely talked about what I'm supposed to be talking about at all. Even by my rambling, nonsensical standards this is pretty poor. Fine, my mind will be focused now, like a laser beam. You need it to go… grocery shopping! 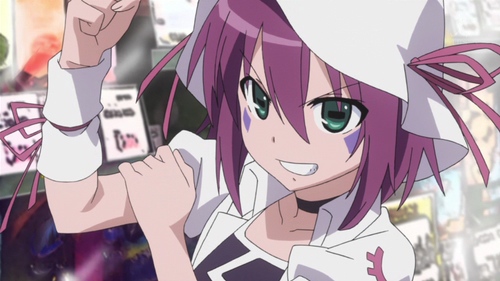 So yes, after ceremoniously whooping Merry's arse at gaming, Yumeji takes her grocery shopping where she volunteers to help look for things and carry stuff. "Things" and "stuff", they're technical shopping terms, look them up. During this time we learn she's been in our universe for not one or two… but ten years!? Geez, that's like… a decade. Wow.

On their way out they meet… or rather collide… with Yui Kounagi for the first time who collects phone charms in a terribly doting fashion, much to the frustrated dismay of her friend. Haha "doting" and "Yui"… is that a legal requirement for people carrying that name? 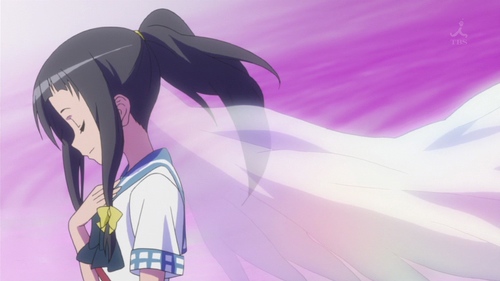 Have I ever told you how much I love the colour and art in this series?!

As we've come to expect though, this seemingly sweet and shy girl is actually a vessel for a dream daemon, which somehow triggers another daydream consisting of her, the daemon she's hosting, Yumeji and Merry. The setting for today's epic battle-in-a-dream is a brightly lit wheat field set behind an eerie black sky. The villain goes by the name of Engi Threepiece. Formulaic you say? Of course not! ;). 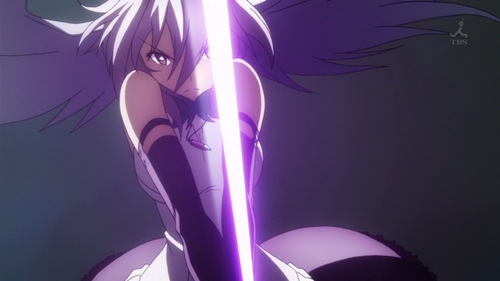 Despite losing her Epic Hat in a sudden start to today's Sailor Moon-esque high octane evil versus good fight scene, Merry still nimbly jumps and narrowly avoids the onslaught and even goes as far as disintegrating Engi's sword. She even takes it one step further and lays down the cocky, pre-fight trash talk thicker than a Code Geass pizza. She got nothin' on me! ;)

Also, suffice to say, the midriff shots are back in full force. The last couple of episodes where their numbers had started to dwindle were more than compensated for with this episode. The fanboys who were drawn to this particular aspect of the series and manga will no doubt have been pleased. :P But I digress, again. 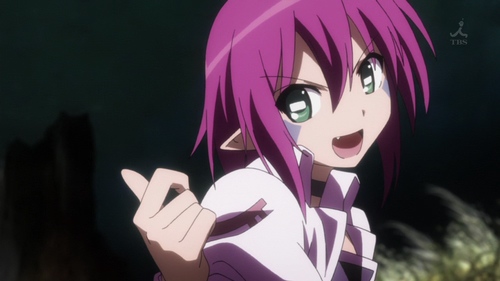 What set this fight apart from the other, dare I say "predictable" ones that preceded it was the information learned. Having been asked who "Pharaos Heracles" (Hercules was a Pharaoh?) and Merry not knowing (or perhaps choosing not to disclose) we're told that she allegedly can never return back to the dream world from which she's been desperately trying to get back to. Her sister is gone. Its a one way trip.

And there went the waterworks. Just a little, but yeah. That's no good. 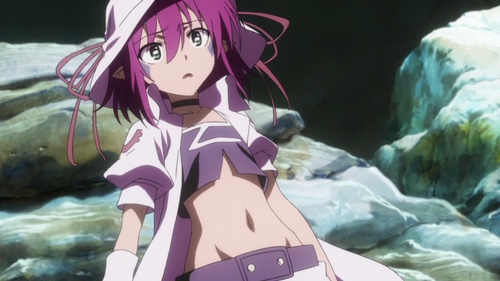 Her sudden and understandable unwillingness to fight is where we're left as the credits start to roll. Yumeji comes to her aid… but how? Is he strong enough to take on someone like that? The art style and light suddenly changes, then nothing. 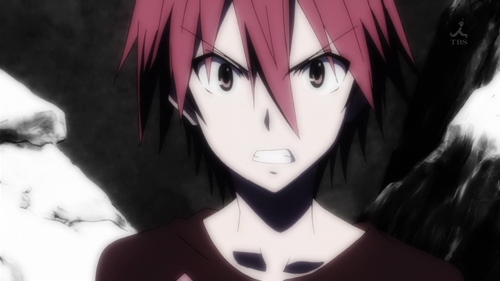