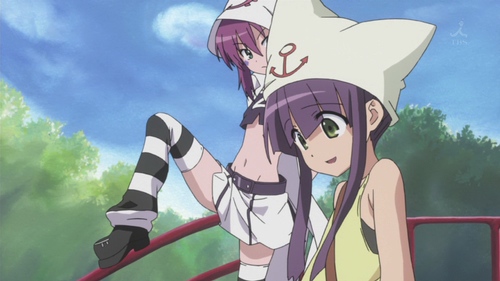 Do all dream daemons have epically awesome hats?!?! Yumekui Merry #03: "From Beyond the Dream".

Compared to episode two, this one was was more linear and paced a little slower. The previous one I had to watch twice just to comprehend all the different things going on… perhaps I'm just derpy! Come to think of it, on account of my current illness I am somewhat derpy and slower than usual. 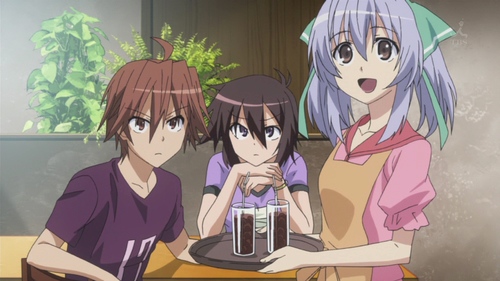 We start with Yumeji deciding to go looking for Merry again, with some highly sophisticated flowchart designs that put mine to shame. He uses a pencil, that's probably got a lot to do with it. Later that day while helping Isono with her groceries as she heads to work (being a man… his words!) he lets her know his intentions. Naturally she looks a little jealous!

Oh yeah and that anime-cliche exchange student we met at the end of last episode? We saw her hanging out in her apartment thingy, inexplicably in her gym bloomers and shirt. Hey wait, just like in the opening credits. We're onto something. We suspect she may be a dream daemon herself. Her lightbulb blows, which causes her to cock her head and point at it. As you do. All terribly surreal. 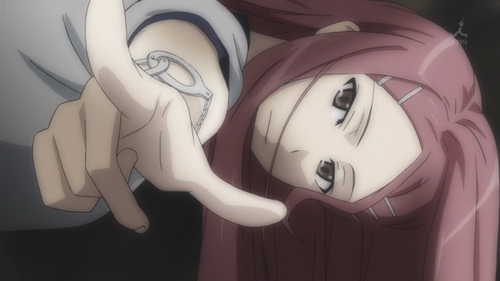 Back in that giant room with the blue ceiling and green carpet, we're introduced to the socially awkward Minato Kisaragi who's reluctant to make friends. She stands in awe of Merry's ridiculous vantage point on top a huge tower, but eventually they meet on the awesome park playground. I used to love playgrounds. They were awesome.

And how do they break the ice? OMG DONUTS! SO MANY DONUTS! I can sense a theme here. 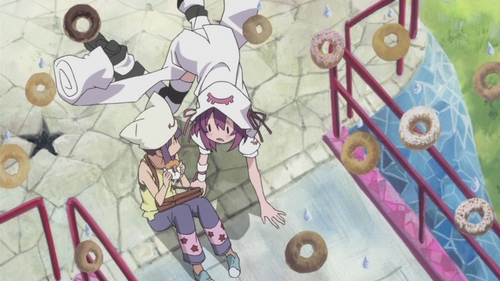 Meanwhile, we're introduced to anime cliche number… wait what number are we up to again for this series? I forget. Its a lot! Of all the thousands of square kilometres of Japan, Yumeji just happens to stroll into the park where Merry is, and of course they're reintroduced by her dropping from a tree… on top of him again. Its just like how they met, aww ;).

She recognises him for his "antenna"… the question is whether or not its a sentient, super intelligent antenna like the one Koyomi has. I'm inclined to believe it must be. 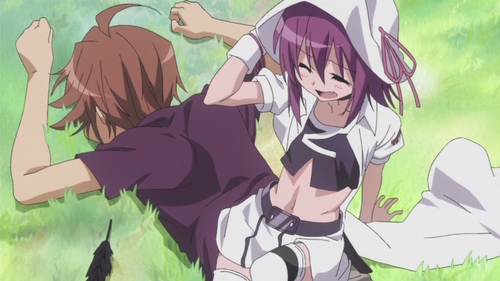 What proceeds is an adorable game of kicking the can between Yumeji, their new friend Minato and Merry. Needless to say they're overwhelmed by her energy XD 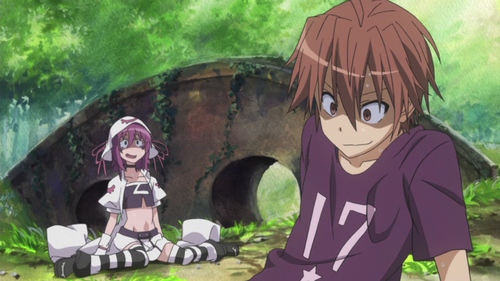 The salami hits the fan though when Yumeji offers to read Minato her fortune by using his fabled ability to read the colours of people's auroras with just the looping of his fingers. It doesn't take him long to realise that she's possessed by a dream daemon herself. Apparently even Merry didn't realise this!

In Yumekui Merry style we're instantly transported to a daydream, though curiously so is Yumeji. Minato's dream daemon "friend" doesn't approve of the fact she's broken out of her shell as it were and begins issuing demands, though fortunately Merry is on hand. In the name of the Moon, she shall punish you! 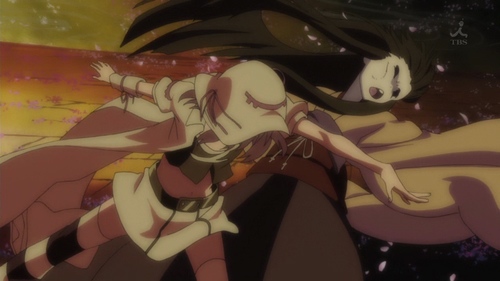 Oh yeah and speaking of Yumekui Merry style and of sensing themes… the episode wouldn't have been complete without a shot like this. Actually I counted only three shots like this this time around, they're restraining themselves! :P 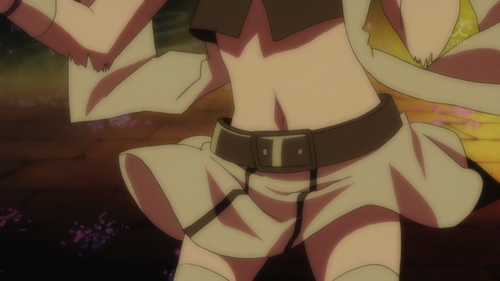 Unfortunately, even with the whooping of some serious dream daemon arse, Minato's body possessor returns to the dream world, but much to Merry's agitation… without her. Merry is now aware than Yumeji can spot dream daemons though, so her potential future search will be much easier. Not that she's ready to admit that though ;).

Will we see more of Minato? Will she give Merry's hat a run for its money with her equally awesome one? 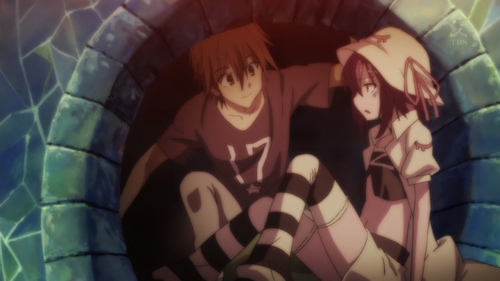 So far I'm enjoying this series more than I thought I would, even with the alarmingly high cliché and midriff frequency. Its passed the three episode test, I'll keep watching the rest now!