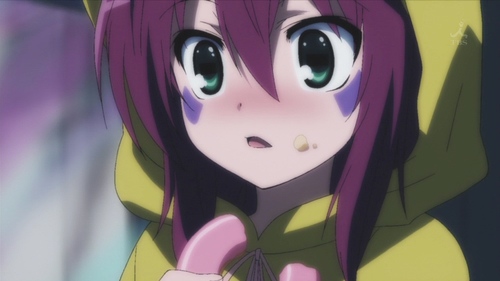 What do Merry Nightmare and Homer Simpson have in common, other than being drawn and animated in some fashion? Yumekui Merry #02: "Dreams and Hopes".

We were left last episode (Yumekui Merry first impressions) with Merry passed out on the street after that bizarre daydream with Yumeji who's first name and last name both have "ji". That's pretty cool. But I digress. 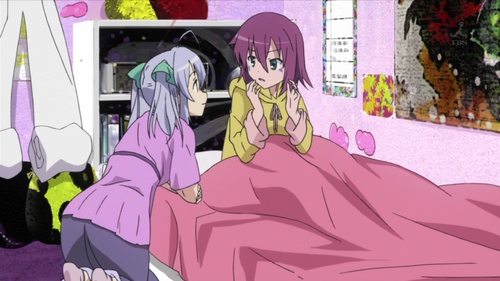 After passing out like that, allegedly Yumeji had taken her home to where he lives with his childhood friend Isana and her dad. No kidding, in this series there's actually a parent involved! Oh yeah, and Isana's room has a lot of pink!

While I'm on this cliches-in-anime train of thought, have you ever noticed how often parents are conspicuously absent from stories like this? Obviously they only serve as a distraction when characters want to be close and all that stuff, plus they're not adorable like siblings so they serve no practical purpose. How they get rid of them ranges from elaborate excuses (they're archaeologists or they go on business!) to simply not being there at all. I'm looking at you K-On! 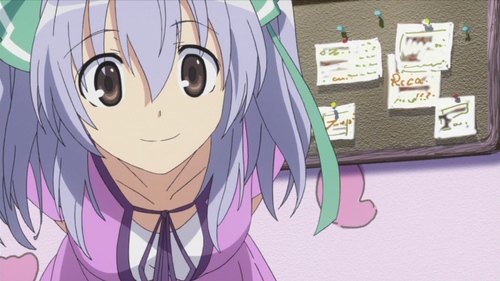 But I digress. Yumeji took this complete stranger home to where he lives which may scare some people in the real world, but here its just a sweet thing to do, so we'll let any lingering creepiness slide ;). Even Isana makes the comment that it would have made more sense to have been taken to a hospital!

Speaking of the cliches-in-anime train (there's a pun about Cat Stevens and Yumeji's dreams there, but I won't make it!) no sooner has Isana consoled Merry after waking up in a complete stranger's house than we're treated to them bathing in a shower together and Yumeji catching them out… which of course necessitated the use of forceful revenge in the form of bottles and whatnot being hurled at his head. Serves him right! 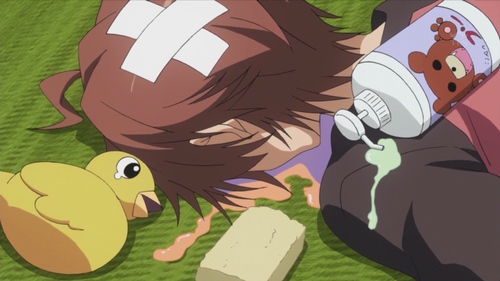 Is that pedobear shampoo?!

At this stage I was mostly into the story even if I did roll my eyes a few times, but the next scene sitting around the dinner table and talking was just adorable. Merry comments that its the happiest meal she's ever had because she's eating food and with friendly people. Awwwww ^^. It's also the first time we meet Isana's dad, who's much more caring and far less creepy than that random screencap I took suggests. 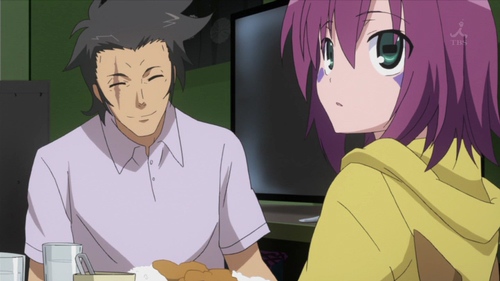 Dream daemons wouldn't need to eat in dreams, would they? Or drink! I suppose you could merely dream stuff into existence. But then again, physical things like that wouldn't be nessisary to sustain you, so there'd be no point!

On Yumeji's balcony we learn a little more about who Merry is and where she comes from, both questions that were left pretty much open in the first episode (though not in the manga!). She's a dream daemon (sorry, I'm a FreeBSD guy and "daemon" somehow just looks cuter than "demon") who for some reason is stuck in "what we call reality". She desperately wants Yumeji to summon John Doe in one of his dreams again (the chainsaw wielding Phantom of The Opera we saw previously) so she can ask him for help in returning. Poor girl. 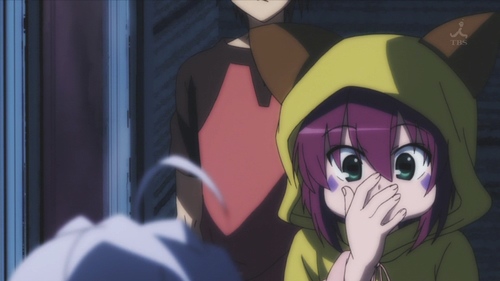 Just when things seem to be getting a little more serious, Isana appears with… wait for it… donuts! Doughnuts? Donuts? Are they doughnuts or donuts? The anime has them labelled as donuts, so we'll go with that. Suffice to say, Merry's reaction is absolutely priceless (#01, #02) XD. Oh yeah and she didn't like carbonated drinks either… too fizzy!

Despite these friendly exchanges and despite Isana's dad trying to convince her otherwise though, the next day she's back by herself searching for any other daemon who can help her return to her own reality. I'm not too sad because I've read the manga up until this point and know what comes next, but it was still some pretty sombre stuff. 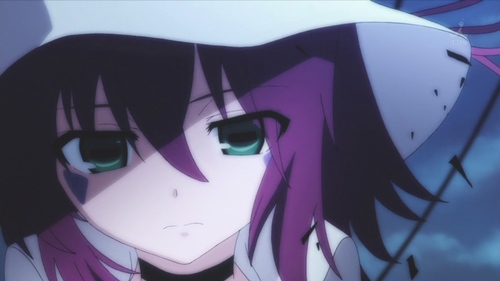 If anything though, it served to show just how gorgeous the art is in this series, JC Staff have really outdone themselves with the colours and scenery. When the Blu-Ray release comes out for this series I will be all over it.

Oh yeah and because this is Yumekui Merry, we needed another shot like this which was justified this time by her being hungry :P. A hint that she'd want to be back with the other again, and/or that she's becoming used to being a physical entity in "reality" perhaps? That reminds me, I haven't had any lunch myself. 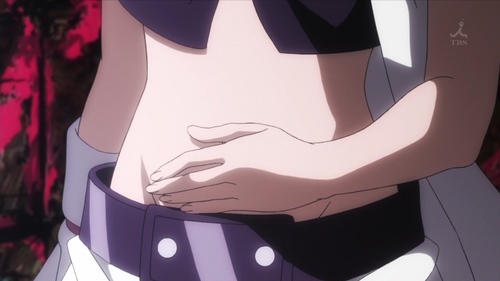 This review has already gone on FAR too long and I should be wrapping it up, but we only got into one of the story arcs! Seriously, if this had the pacing of a KyoAni show, we'd be up to episode 10 by now with all this stuff ;).

Another person we're introduced to separately is Yumi (the red head below) who allows a dream daemon to possess her to learn about humanity. She has glorious ambitions of being a registered nurse and is highly cute. Unfortunately her dream daemon friend Serio is killed in a daydream (I believe that's what it was) and poor Yumi leaves us dazed and confused. Clearly in this universe being in a dream doesn't make you invincible. 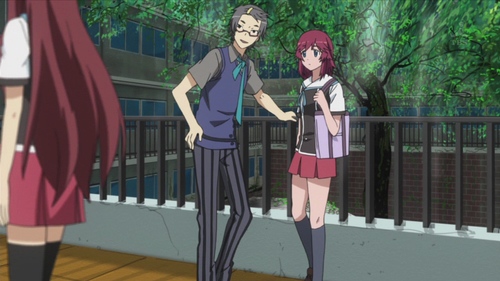 To end on a higher note though, I want their sensei's clothes! And his glasses! That guy has style! Oh yes and finally… we have an awkward exchange student! Tick another event off the anime-cliche list. At least she's not sitting next to the window ;).

Forgive the hurried ending of this post, but I could have just kept going on and on and on. Obviously I need to learn a thing or two about brevity if I'm going to be talking about each of these episodes! 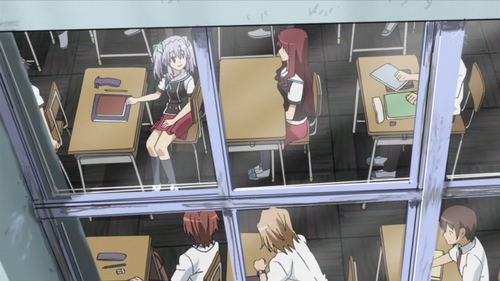