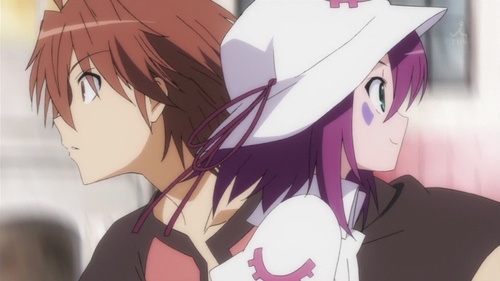 I don't care whether its cool or not to admit, but I hugely enjoyed Inception and have long been interested in lucid dreaming and the like, so when I read the plot summary for Yumekui Merry it was an instant follow :D

Plot Summary: Ten years ago Fujiwara noticed he had a power to see multicolored auras surrounding the person’s body. Ever since then he’s been having a weird dream about a war with cats. Then one day a mysterious girl falls on top of him…

And of course they mean that quite literally. Hey, at least they didn't use the bathtub meme :P 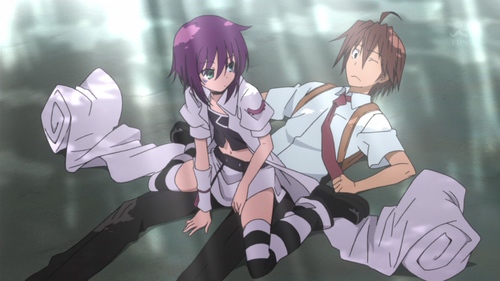 Aside from ones that are unabashedly moeblob (and I make no apologies for this fact) and despite being a heathen atheist bastard, I'm also a fan of anime that deal with more unconventional concepts like spirits and perceptions of reality. I'm also a huge sucker for graphics and art. Its why I found Bakemonogatari one of the freshest and most interesting series I've watched so far.

It's almost as if not being bound by the real world gives animation a free pass to be more unpredictable and tackle with issues that would be too hard to film with real actors, or ridiculously expensive to do with CGI. I could go on, but I'm not a media student and am not armed with the vocabulary nor critical expertise to discuss such matters ;). 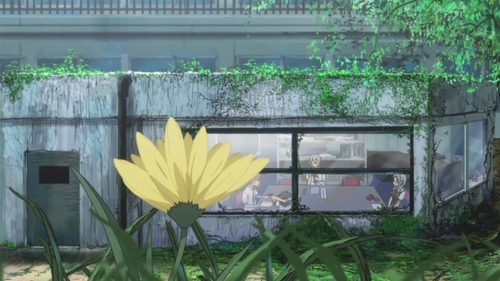 Okay we get it, what about this series?

As a more casual watching guy, Yumeki Merry is the first second JC Staff anime I've started following, and so far I'm enjoying the art and designs. I'm a sucker for Shaft and KyoAni, so being able to appreciate another house's art is… awesome. That's a technical term, look it up.

I could tell by virtue of the fact I could barely understand the first episode that I think I'm going to enjoy it :). In the space of fourty minutes we had students going through a typical train station, giant swimming fish skeletons, dystopia and utopian scenery, huge guys that looked like the Phantom of the Opera with scary looking serrated weapon things, kick arse high octane fight scenes, and pretty much everything else in between. 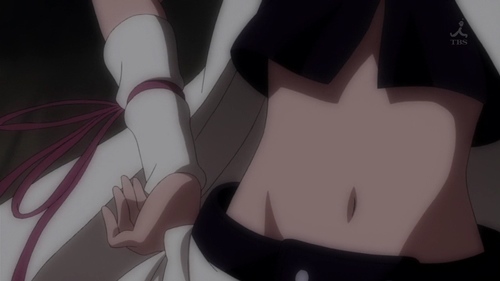 We were introduced to the namesake Merī Naitomea (Merry Nightmare) in the opening scene by seeing… her navel. In another scene she walks past and we see… her navel. Another scene still and we see her belly button no less than three times. Some series sell themselves to certain otaku by having women who are particularly "well endowed" or always having opportune upskirt moments; in this case I suppose this studio are targeting the bare tummy crowd. As far as fanservice goes, this is pretty tame XD.

As I said I'm a sucker for art though, and I really love the character designs. Like Hitagi from Bakemonogatari she has purple hair which we all know is the best colour ever, and they really went overboard with her huge flowing clothes and cute matching hat which is even used as a plot device ^___^. Her shirt it patently ridiculous and her skirt far too short for someone who presumably spends much of her time defying gravity with high kicks and other fast paced fighting, but this is anime I suppose ;). 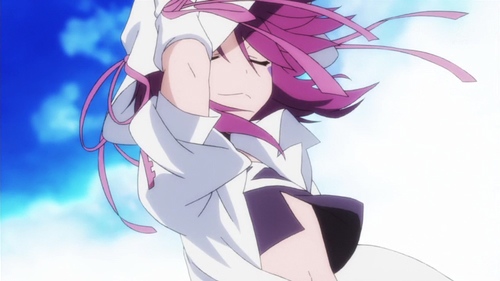 From what I've surmised so far, she's a spirit or entity who's like very much to return to the dream world (as is evidenced after she whoops some serious dream arse) but alas she's stuck in our reality. Is that the opposite of Inception? 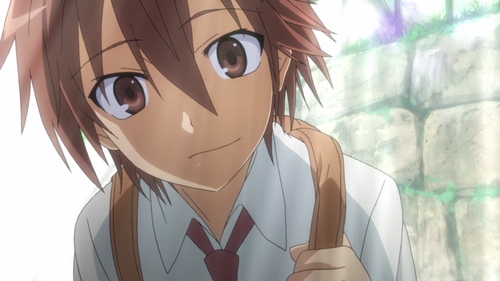 The protagonist is an attractive, struggling writer-wannabe called Fujiwara Yumeji who has the unique ability to see the colours of people's dreams. Yes, colours of people's dreams. In the real world even until recently I'd have laughed at such assertions, but the idea that we have senses above the five we do have is deeply fascinating. His fingers turn into kaleidoscopes, and he can even perform it on himself in the mirror. Pretty trippy stuff.

I believe they're already up to episode 6, so I have some catching up to do! I'm also very impressionable when it comes to dreams, I hope mine don't start mimicking his with oddly hilarious but creepy bazooka-brandishing cats. 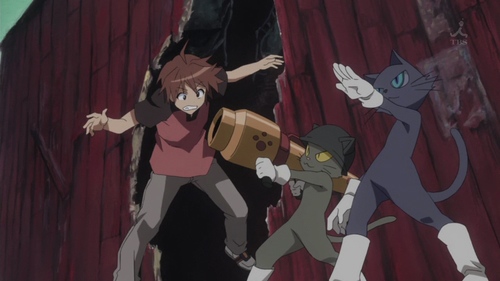