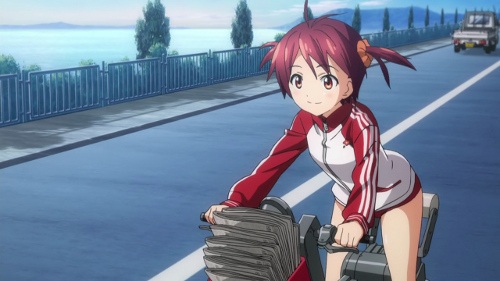 Vividred Operation is the story of a futuristic alternative timeline (maybe) where Japanese scientists realise there may have been something to this whole SimCity thing. No kidding, the experimental new power system which allows bikes to levitate and power an entire country was taken straight from the microwave power plant in SimCity 2000! The primary difference is one of scale, this plant is so massive it requires an island all to itself, and a population living on the aforementioned island to to support it. 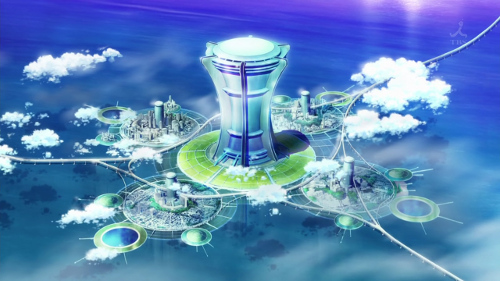 At the beginning, we see the light of dawn over a city, as seen from a rather opportunistic angle. Bakemonogatari did something similar the opening frames of its first episode, and I ended up really enjoying that series, so I decided to give this one the benefit of the doubt.

In fact, while we’re on this subject, we’ll get it out of the way. The reviews I’d read were right, there is fan service of the derriere. Strike Witches took a historical science fiction setting and put girls into it who don’t wear pants. In this series they don pants (or bloomers), but they may as well be vacuum packed. I’m not sure if that would cut off circulation, but in this universe, it doesn’t. Fortunately, while a little gratuitous at times, it didn’t replace a plot. Though I can already tell what the fan artists and fig manufacturers will be focusing on. 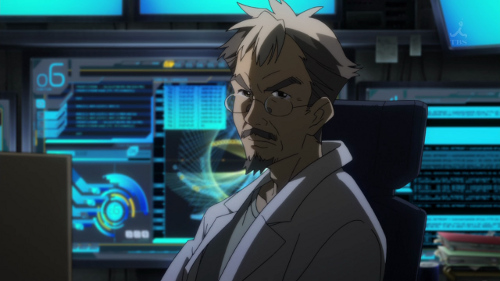 I’m a nerd, so naturally I paused while Akane’s grandfather is in his home laboratory. Lots of computer screens eerily reminiscent of the USS Relativity on that Star Trek Voyager episode, right down to the colours and swirls. Nobody else online has seemed to make that connection, perhaps because admitting so would be a violation of the Temporal Prime Directive.

Indeed, much of this series seems to be about secrecy. What would appear to be a harmless source of power that would even be safer than anything radioactive, it attracted the attention of… someone, or something. Watch it to find out who, or what. What I can say, is that they use Star Trek Phasers. Sort of. 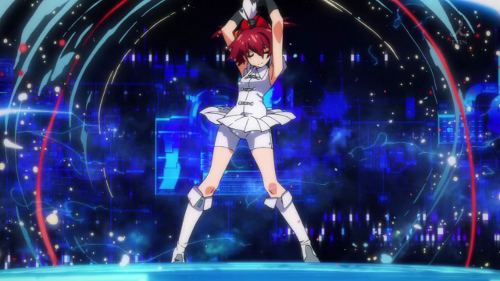 And of course, what science fiction show wouldn’t be complete without… mahou shoujou? Well okay, I’m not sure if it technically counts, there isn’t magic per se, this is all technology. Though as Assimov, the esteemed science fiction author wrote “any sufficiently advanced technology is indistinguishable from magic”. Technology still requires a lengthy transformation scene however, though unlike magic it doesn’t require nudity.

The scene with the death of Akane’s mum was a little too much to take, but the fan service is far more restrained than I thought it would be, the scenery art is amazing, and they’ve set the stage for something big. Let’s see if it delivers, or falls on its arse. 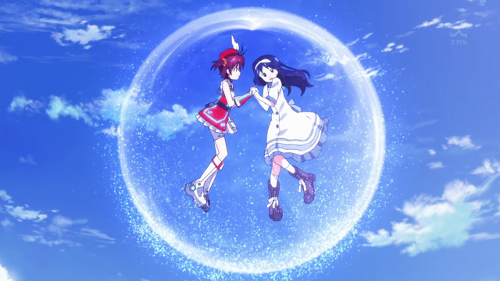