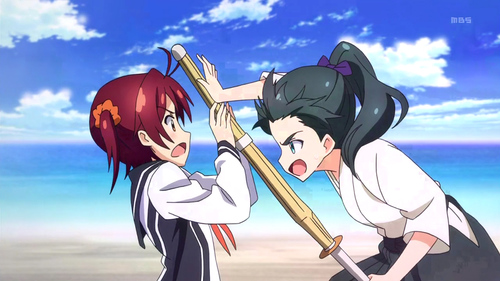 Perhaps this was a result of watching it while I was half asleep, but the latest episode of Vividred Operation seemed even more absurd than the previous ones I’d seen. Plotholes so big you could fly an Alone through them. Still enjoyed it though, I think!

By now, we can see the formula that is going into the plot for each episode. At least until we run out of heroines, after facing a fierce foe that can’t be battled with the existing members, a new heroine is recruited, subjected to docking, transformed into a different coloured Tuvix, and With Their Powers Combined™ they save the day. So as long as they can keep recruiting members at this pace indefinitely, they’ll be able to save the Earth from increasingly sinister devices! Right? 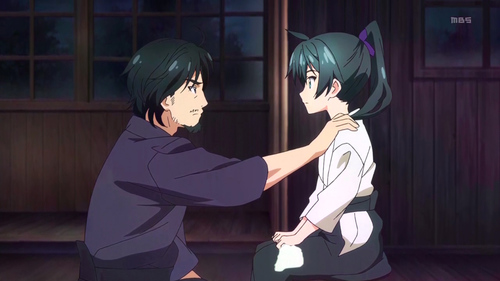 In this episode, we meet kendo master Saegusa, who painfully reminded me that I always wanted to do kendo (and fencing…) but never made it past the second lesson. Family reasons, as usual! But I digress.

I have to admit, I was pleased to be wrong about the depth of the characters. At first Akane seemed to be your stereotypically friendly but slightly ditsy character that anime studios increasingly cast in lead roles, but her maturity and determination under pressure were able to shine through here. Given she’d never done kendo before, she was performing some pretty impressive acrobatics while fighting, ditto when she was being chased! 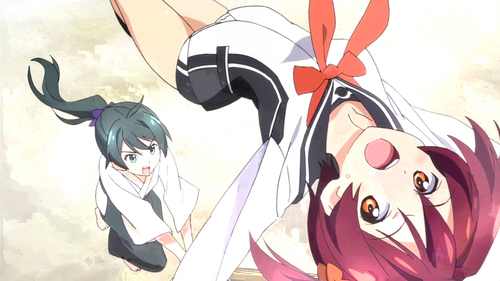 Basically, I approved of the fact that she didn’t need a stronger person to swoop in and “save” her in her civilian form, and that she was still determined even when not “equipped” with her grandfather’s transformitive tech. This series may be cliche in ways, but at least it doesn’t fall into the typical helpless-when-not-transformed mahou shoujo trope.

There were plotholes though. For starters, we were scared that Akane’s secret was discovered by a lone observer. Recruiting your only witness to join your side and keep her quiet was a masterstroke, but surely SOMEONE else from the gigantic school complex facing the ocean would have seen her too? Where did their grandfather come from in that final scene? Did the animators for the Alones take a break and just use Flash for this episode? 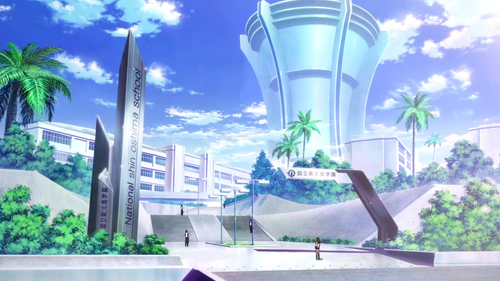 Untimely though, these didn’t bug me too much. I’d theorised the series was supposed to be a parody of mecha and mahou shoujo, but I’m lead to believe now that the writers just aren’t taking themselves quite as seriously and are having fun with the universe they’ve created, which I can appreciate. For all the tech, interesting new propulsion devices and energy sources, we have ridiculous uniforms and that one scenery view framed from an opportunistic angle that’s probably going to be a recurring gag. 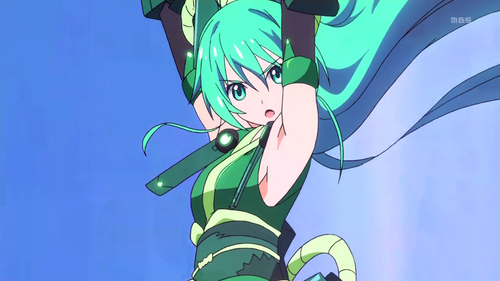 So I’m unashamed, I’m enjoying this series. Perhaps not as much as I will Tamako Market though, which I should be able to watch with Clara now that she’s back from Hong Kong, boom! ^_^

(And just before I go, what’s the deal with this character? Lending power to the enemy? In the same class? Their enemy could be right under their almost-non-existent anime noses…) 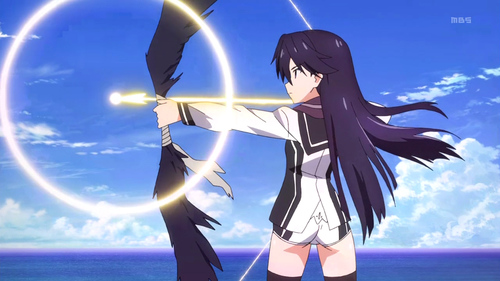