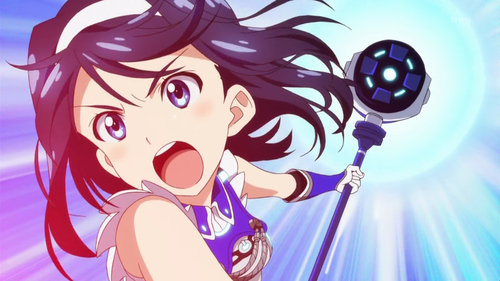 With my wonderful girlfriend out of the country and unable to watch the next Tamako Market with me, I’ve continued watching Vividred Operation instead. With that glowing endorsement, here’s episode two!

Having established the universe in the last episode, we get to see how the characters cope with their newly discovered mahou shoujoness. We also discover what they meant by the term “docking”, fortunately it was far less suggestive than we were lead to believe! 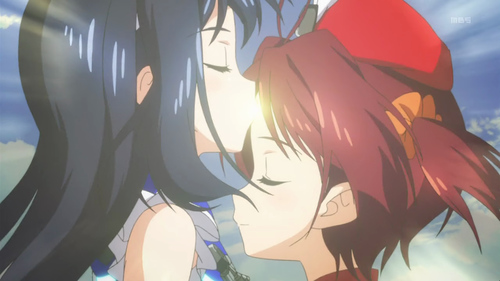 The universe they’ve created here is an odd one. As I said for the previous episode, this universe is centred around the manifestation of a SimCity like power plant, which seems to attract sinister aliens. Despite there being a few odd high tech pieces of equipment, they’re contrasted with contemporary fighter jets and large steel-hull battleships complete with bulkheads and rivets. The contrast is downright weird.

While we’re on the subject of weird contrast, there were certain things that were hard for me to buy. It’s easy to accept a mahou shoujo universe where the girls transform, are given limitless ammo and the ability to pick up planes in mid-flight with their bare hands, but apparently such powers also give them the ability to fly next to fighter jets and still be heard. LOUD MUCH!? 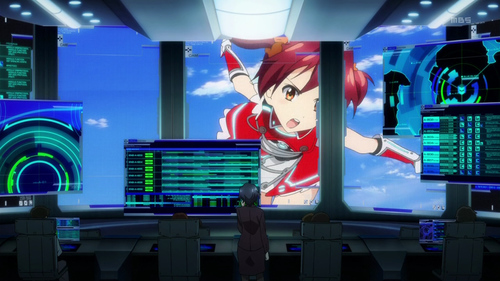 I’m also not entirely sure this is supposed to be mahou shoujo, or whether we’re dealing with a moe version of mecha. Rather than being bestowed special powers, their abilities are apparently provided through the use of specialised technology, in the convenient size of a key!

We also see the manifestation of Viviblue, a merging of our two protagonists after they’ve “docked”. This entails another transformation scene with lots of hugging and underwear. Of course. Viviblue emerges with Akane controlling her movement and voice, while Aoi merely providing thoughts and hair colouring. 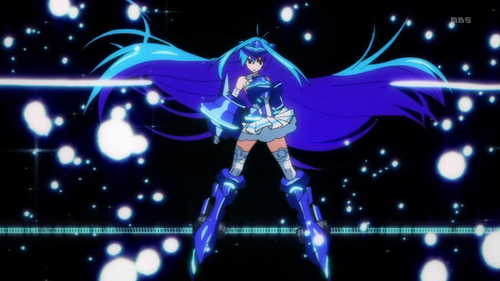 I don’t care if she’s called Viviblue, I’m dubbing her Tuvix. Remember Tuvix, the merging of Tuvok and Neelix after that transporter accident on Star Trek Voyager? That’s right, I intend to make a Star Trek reference in each review of this show, boom!

And speaking of boom, while it was parodying magical girls, Aoi is even given the ultimate weapon of choice: a gigantic hammer which can summon 200% of its raw power output when she’s Viviblue. 1990s anime fans rejoice: HAMMERSPACE LIVES ON! 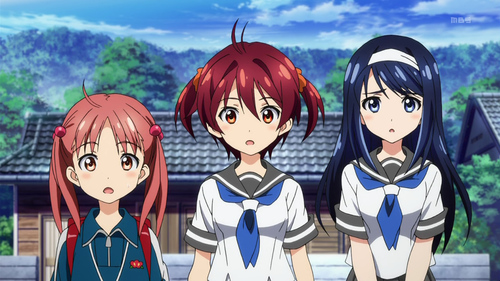 At this stage, I almost can’t tell whether this is a parody or not. The weapons they use are super comical and cliché, the transformation scenes utterly gratuitous (forget what I said before about their being no nudity now). If it’s not a parody, I’m watching it as such because it’s far more entertaining!

Eleven minutes to blog a review, from writing to scaling and uploading screenshots to submission. That’s MY special power!