Guilty Crown has copped flack (even from me) as sounding rather like a Code Geass clone, though already they can boast having two things the other series didn't: an epic logo, and an entirely useless post written by Ruben on the train in a half-asleep daze.

I did logo programming back in the day

As is evidenced by the images in my sidebar (which are being replaced soon!) and various other posts on the subject, I am somewhat enamored with logos. Particularly ones that show my allegiances, such as Houkago Tea Time, the now infamously retro SOS-Dan, the Federation's Starfleet Planetary Sciences Division, and presumably many more.

Having only seen Guilty Crown in passing in the UTS Anime club (I was too busy transferring legitimately purchased content across laptops to watch), I can't be sure whether this logo is their official one or not. For all I know, someone on one of the larger image boards could be having a lend of me, which I thought only libraries could do. Bad pun sorry, I could have done better. 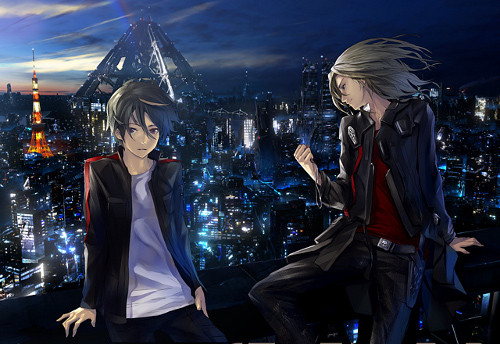 Point is, several in the aforementioned club have heaped nothing but praise, and I have every intention of watching it. Especially if the logo is that cool. I'm sorry, but it has that retro futuristic vibe, the shape is eerily Star Trek-esque in it's appearance and… wait, hold on a minute. Of course a shape is something in appearance, shapes have nothing but appearance!

See what happens when I go for two nights with 4 hours sleep?

Oh yeah that reminds me

Are you still following this fractured post? If you're not, that's okay, fractured posts sound rather painful. The only time I've ever broken a bone was in high school when a friend of mine inadvertently whacked me in the foot with a hockey stick. I earned new found respect for Canadian athletes that day.

So I was doing a Google search for Guilty Crown to get a feel for the art style, and one of the first results I got was this:

While the colour in this image is rather nice, and the house it depicts looks perfectly hospitable, unfortunately it wasn't quite what I was looking for. Judging from the text that accompanied the photo it was easy to see why I was directed to this post:

AND a big head from the Crown Royal. AND a guilty conscience […]

While I believe they may have a point regarding nice colours in Guilty Crown's art and character designs, I hardly think the characters have big heads. Impossible clothing maybe, but not big heads. 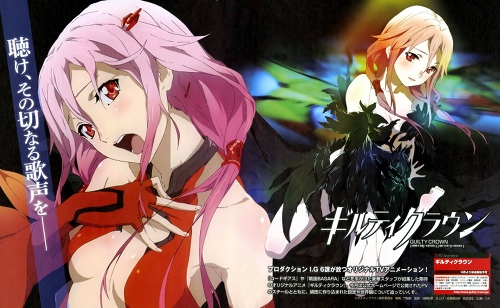 Which reminds me, Talking Heads is an awesome band. David Byrne should have learned Japanese and sung the opening theme.

Thank you, and goodnight.