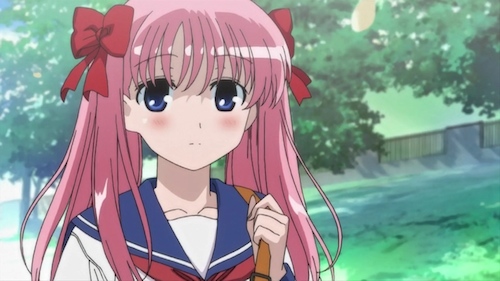 She accidentally washed her hair with the red bows in the wash.

What can I say, I was instantly drawn (if you'll pardon the anime medium pun) to the premise, I played mahjong when I was growing up (albeit the simplified Singapore Expat version) and absolutely loved it. There's obviously an element of chance, but I found it really fun and interesting because you're thinking and planning ahead as well as during your immediate turn, and like poker you also spend much of your time trying to read your opponents. I learned to read Chinese numerical characters from playing it, even if I can't draw them! 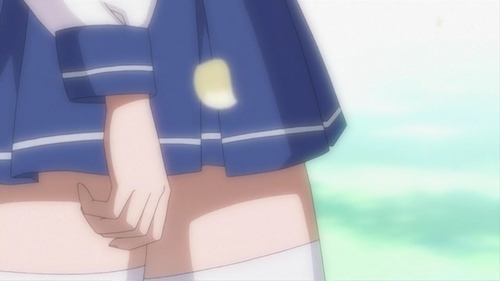 Gonzo included this zettai ryouiki imagery to advance the plot.

What I hadn't anticipated though was the anime adaptation of the Saki manga would be picked up by… Gonzo. For those who don't know, Gonzo are somewhat infamous for their style of art and the types of shows they produce (and have recently been in financial difficulties). They were the animation company behind Rosario+Vampire's bats and also Strike Witches, another show that I thought had a really brilliant premise and story set in an alternative World War II era but I just couldn't bring myself to watch more than a few episodes!

I gulped thinking Saki might suffer the same problem as having a brilliant premise but be let down by such stuff, and while having watched the first episode I did notice the level of blatant fanservice was much higher than shows I would usually dignify my time with, it was nowhere near as extreme as SW. Then again I don't think anything other than unabashed ecchi titles could be as blatant as SW! 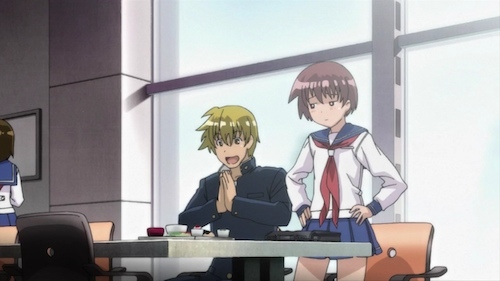 The story centres around Miyanaga Saki who has a knack for mahjong and in particular the uncanny ability to intentionally lose with a perfect +-0 score, a result of "diplomatically" playing it for so many years with her family. She's forced to attend a mahjong club meeting by her friend Suga Kyoutarou who used her to get a girls meal in the canteen because it looked tastier, ha! Wait, they have separate meals?

Then there's Haramura Nodoka who Saki sees walking past at the beginning. Saki thinks she's beautiful, and it turns out she's in the club too. I'm assuming she plays mahjong to distract her from the severely painful back problems she must have with breasts that are so large they must impede her breathing! Well, I guess it is Gonzo. 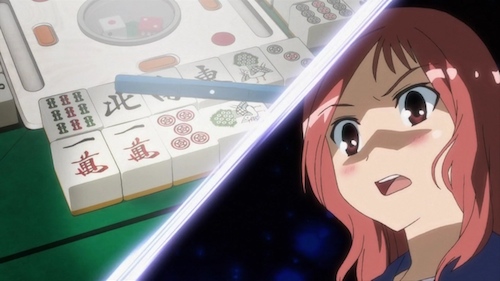 Finally there's Takei Hisa, the super sophisticated clubs leader and a member of probably an overly powerful student council (as it tends to go), Saki's friend Someya Mako who wears glasses so therefore must be smart and Kataoka Yuki the cheerful comedy relief.

And they play mahjong. East wind! Build the walls! 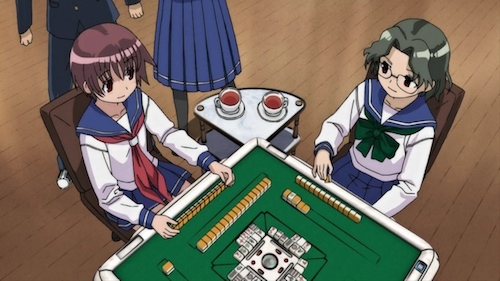 Don’t worry about me… I spiked the tea.