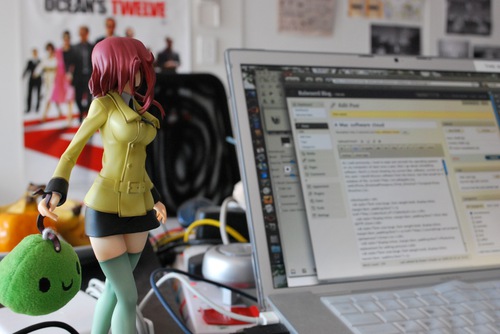 For the longest time I was thinking whether or not to take the Zombie Plan approach and import my anime blog into it's own subdomain WordPress install here, or import the posts into rubenerd.com with their own seperated category.

Seems the decision was made for me, my university wiped my database and the SQL backups I had made in my home folder. All my screenshots from three years of blogging are still there as well as the original theme files, but the posts themselves are gone. Like a Pythonesque dead parrot, they have ceased to exist. It's entirely my own baka baka baka fault of course, I should have put my backups in a separate location. Lesson learned!

Never fear though (I can hear you fearing… wait what?) I've decided to pick myself up and start again, only this time I'll be posting my anime reviews and senseless Japanese culture discussion here on Rubenerd.com in the sparsely populated anime category which ironically happens to be one of my most visited pages!

And here I was thinking Haruhi's Endless 8 would be the thing irritating me most about anime currently. I blame Kyoto Animation. Yeah, that works. Could Mikuru go back in time for me and rescue my old posts? Or perhaps with her bizarre and endless amount energy Minori could rewrite them all one afternoon. Or Negi and Louise could just use their magic wands to recreate them. After Britannia that doesn't control Britain has been defeated, Mio has got over her stage shyness, those wooden starfish for Fuko have been carved and Mai has moved to her new school with that huge smouldering crater in the front garden. Yes I'm a hopeless closet anime watching geek who's not cool enough to be an otaku, shaddup! 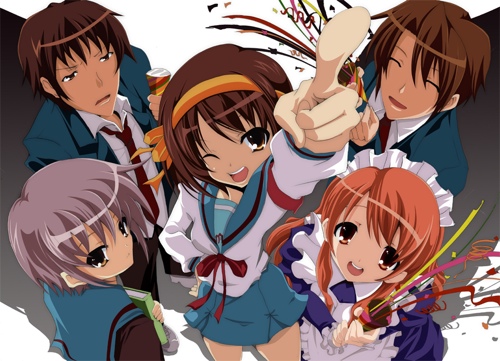 I haven't decided whether or not I'll use the WordPress magic I learned to theme the anime category differently and prevent posts from appearing on the home page and master RSS feed to still make it appear as a separate site. Might be a bit jarring seeing all this new and unrelated stuff start appearing here.

Perhaps a moment with Kyou in the gym supply closet would calm my nerves about this loss and subsequent indecision about where to go from here. Nah, Mizuno Ami is still the best ^_^.

Now do you see why I kept my anime blog posts separate?