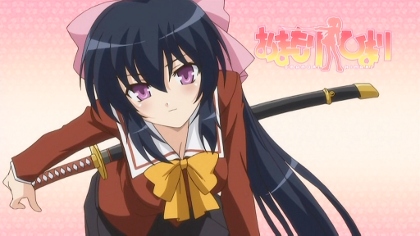 Much like science fiction and inexplicably awesome random shows like this, I tend not to watch an anime just because its in the latest season lineup. Personally I prefer word of mouth recommendations, or in the case of Omamori Himari (translated as Protective Charm Himari) if I see a hilariously bad motivational poster.

If you couldn't be bothered clicking the link above, the motivational poster reads: "Think Shakugan no Shana, except the female lead has boobs, and manners, the exact opposite of Shana!" Having spent many evenings a few years ago watching Shana I thought I had to check Omamori Himari out, if only to see if the broad generalisation was accurate. In short… well yes it pretty much is! But in the case of the former of the two observations, I wouldn't hold it against it, at least not yet. 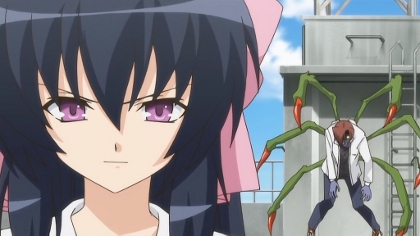 Having just watched episode numero uno, it seems to be about an antihero Amakawa Yūto who's protected through family lineage by a sword wielding, kick arse, gravity defying samurai assassin spirit in the form of Himari who's about as far away from Shana's tsundereness as… someone with all the sweetness and none of the tsundereness.

In another departure from the tsundereness of HRH Shana, it seemed Himari needed to put little to no effort at all into drawing the affections of Yūto, which of course means lots of sitting at the table next to him and appearing in his bed to make a point about his talisman… and no before you ask, that's not a euphemism for something else. I'm shocked and appalled. 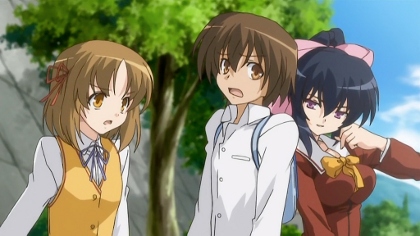 Of course things can't be that easy, here comes the triangle: he already has the attention of someone else in the form of Kuzaki Rinko who isn't too pleased about this newly found kick arse samurai who's ready to defend Yūto against possessed daemon friends, can't imagine why. For some reason she reminded me of Kaede from Shuffle, right down to the inferiority complex and the hair. Wonder if she'll go insane. I like the way I just asked that so matter-of-fact-ly ;)

You may as well, right?

Depending on how much of an otaku you are you may see this as positive or negative (yes, you know what I'm talking about), but it's obvious the writers are of the school of thought that if you can make them big and bouncy you may as well, I mean it costs the same to animate right? The outfits of the characters fit the latest zettai ryouiki consensus of 1337 hawtness (skirts, super long socks), and there are a few… well lets just say "opportune" camera angles and moments to take advantage of it. 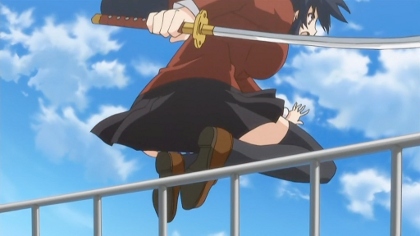 That said, when the high octane jumping action fight scenes started I was really loathing the thought of the obsessive fanservice they'd be delivering, but fortunately they restrained themselves, quite admirably I thought. In fact considering the skirt length of the characters you could say they under-delivered.

As for clichés it shares with almost every other anime out there, Yūto has no parents which means he's at home alone, and he has a seat next to the window in class which allows for whimsical looks at the clouds. The sensei hasn't told him off yet though. 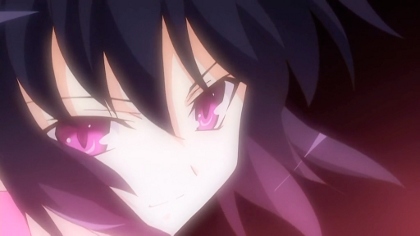 I've really been spoilt by two Shaft series recently so the art in Omamori Himari isn't as awesome by definition, but the colours and settings are still really pretty. Himari isn't as cool as Senjoughara from Bakemonogatari, but her attitude and clothes pay homage. I wish I had someone like her leaping into my arms while defending me against evil people ^_^.

As of writing it's up to episode 3 which means I'm catching it as it's starting, which means I'm watching something as it's being released for only the third time in my life; hence the overly verbose introduction. 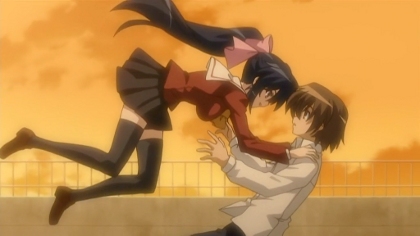 Will you keep watching you terrible reviewer you?

Provided the fanservice stays below that critical threshold, I think I will. I will if I have time, which thanks to my university (that I'm thinking of switching from) is an increasingly precious commodity. Allegedly an existing manic depressive condition worsened by the premature death of your mum who had cancer for over 12 years isn't real, who'd have thunk it? Not that I'm bitter or anything. I gotta get out of there.

Well I didn't expect to rant on about that, my apologies. Perhaps I need to get Himari to take them down ^_^! 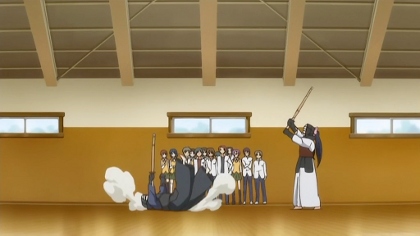