This post originally appeared on my university's anime club site, but preserved here for posterity. In hindsight I should have posted this on Monday. Whoops! 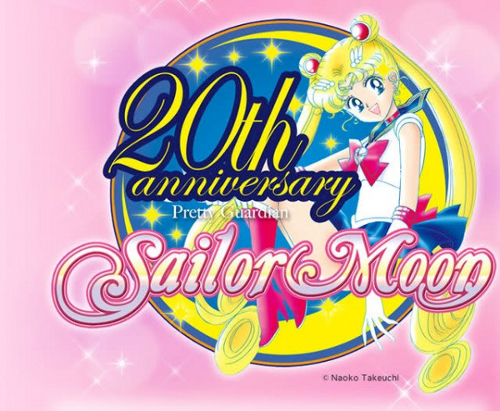 We're going there? Really? There? THERE? Oh yes, yes we are. SERIOUSLY? Yes, stop asking me!

The year was 1996. We hadn't yet moved to Singapore, and my sister and I were living with our parents in Brisbane (as we had made it habit of doing). It was a crisp early morning and we'd woken up against our wishes to get ready for school. Making our way up the rickety wooden stares of the Old Queenslander, we longingly reminisced about our house in Melbourne that didn't require us to walk up flights of stairs.

While we're on the subject, allow me to digress for a moment… who designs a house with a kitchen on the second floor? A room people need to access first thing in the morning!? For various reasons there will always be cynical architects, but that's just out and out cruel! CRUEL I tell you!

Through the shivering and tiredness and other worries that children have before they suddenly and shockingly learn later on are largely inconsequential compared to problems Grown Ups have to contend with, there was one thing that made waking up worthwhile.

ASIDE: One of the words included above was not in the original title; rather it was added for comedic and dramatic effect. To keep you on your toes and guessing however, I won't tell you which it was. 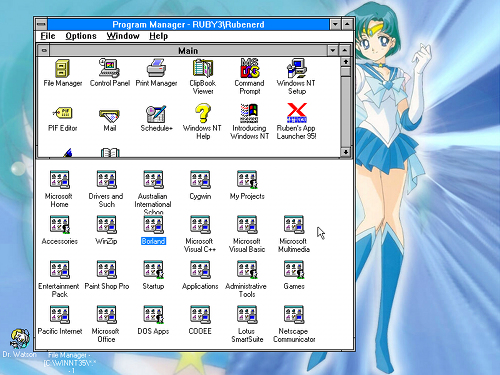 There has to be a reason for all that…

So why am I bringing up a morning show for children with questionable hand puppets? For one reason, and it's three words: Agro's Friggen Cartoon Connection. Wait, I already said that, let me try that again. Duck season. Wabbit season! DUCK SEASON! WABBIT SEASON!

So why am I bringing up a morning show for children with questionable hand puppets? Because aside from several other programmes shipped in on a tight budget from the massive production houses of the British Isles during that period, it was also my sister's and my first experience of watching anime. Perhaps it was yours too!

Yes, some genius at the DIC production houses had thought it rather sporting to pull an anime series from Japan, take out the "unconventional" sexuality, pantsu shots (or leotard shots, or whatever they were), tack on some horridly cheesy moral lessons at the end, and show it to children early in the morning in the Anglosphere. And we never missed an episode!

This, ladies and gentleman, THIS was the theme song of our childhood:

I feel a fool for doubting you Ruby!

It would be the Melancholy of Haruhi Suzumiya over a decade later that would get me into anime in a somewhat more serious capacity, and even then I would refuse to watch dubs. Still, I've always had a soft spot for that terrible English theme song!

As I got more into anime, I went back to Sailor Moon in a fit of childhood nostalgia, and was delighted to find an entire universe of stuff, including the original anime series that hadn't been hacked to bits. Rather than just being a fairly cheesy story about a crybaby who transformed into a tiny skirt and chased taking cats, there was more depth. The episodes were darker, more involved.

Each series from Sailor Moon, Sailor Moon R, Sailor Moon S, Sailor Moon Super-S and Sailor Moon Stars had their own twist to the original music, to say nothing of the live action! One can spend hours looking through YouTube, which I was almost tempted to do this evening if it weren't for the fact I had to do something… what was it… oh yeah, write this post!

The 90s music! The graphics! Aaaaaaah! Frankly, if you don't find these awesome, there's something Wrong With You™

Of course, I bring this much and the series upon which it was attached because we've been informed there will be a new Sailor Moon series coming out in 2013. I'll admit I'm a little nervous, series that tend to have large gaps end up being hit-and-miss, and they have a large canon universe to follow and respect, but it they pull it off… we may have another Music Monday on this venerable series next year!

Fighting evil by moonlight, win love by daylight yo! #nerddance.