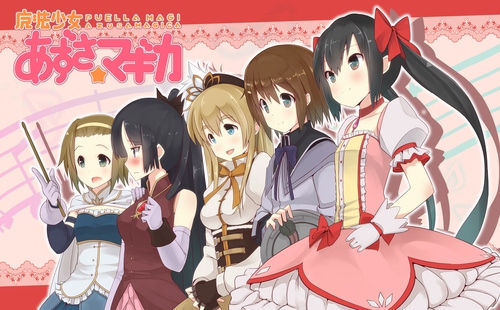 When I came across the above graphic on Pixiv and chuckled to myself in the same way I chuckled about the Bakemonogatari crossover, I had no idea that Asusa as Madoka was a meme! I'm a lousy okaku ;)

From Jake's Anime Blog from all the way back in March 2011:

A K-ON!! fanzine has appeared in Akihabara with Nakano Azusa from the anime/manga franchise K-ON! in a role from the anime series Mahou Shoujo Madoka Magica

And the accompanying photo: 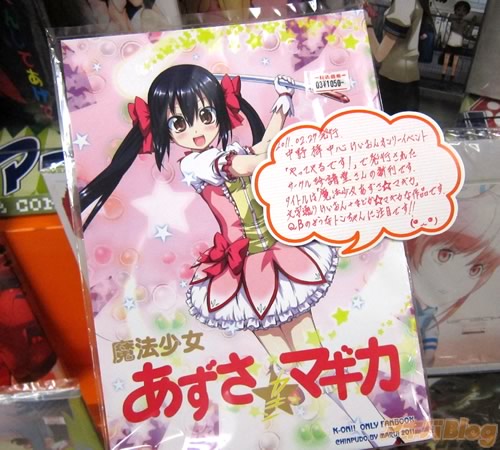 I have to say I'm without a doubt a Mugi fanboy with Yui a close second, but Azusa is terribly cute and fits the roll well, at least from what I've seen so far.

Now I just need to actually finish Madoka Magica, lest someone get angry that I'm posting about a series I haven't watched all the way through yet! I cop enough flack for having figures and wall scrolls for unfinished shows. There just aren't enough hours in the day!