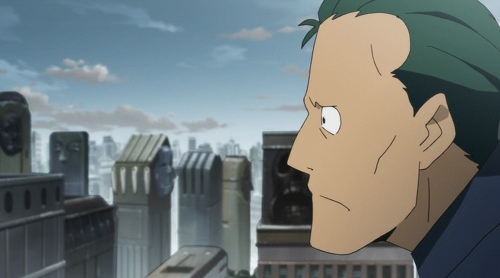 Gainax accommodated my assignments and lack of time to review Gurren Lagann by largely creating a derivative episode from the previous one. Still, despite all the despair hope prevails! Right?

Plot: With Simon behind bars and entertaining the end of days with his old arch nemesis, Rossiu directs the remaining hope of humanity into the sky, leaving plenty of souls behind. Basically part two to the previous episode. 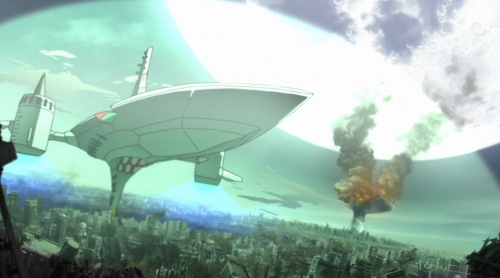 Quotes: "Team Gurren has its own way of doing things". Damn straight.

Surreal: If someone who'd never Gurren Lagann before entered the room while I was watching thus, they would have seen a anthropomorphic chicken battling with Simon. I guess… that's no different to Foghorn Leghorn. I say, I say. 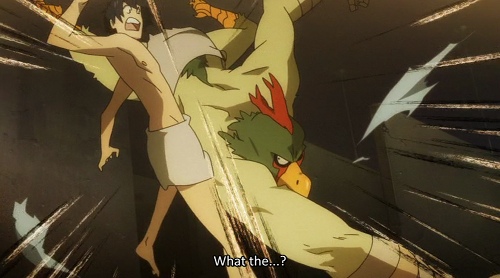 Drills: The power of the spiral knows no ends. Such forces even propel mighty space faring ships, and are strong enough to be detected by lunar evilness.

Priorities: Suddenly seem very different when you have a family, don't they?

Heart tugging: Seeing the ship leave orbit with all those left behind, I choked up a bit in the same way I choked up when I watched Titanic and saw the lifeboats leaving the rest of the passengers behind. That said, I did watch Titanic when I was 12 or something, and Leonardo DiCaprio was just dreamy. 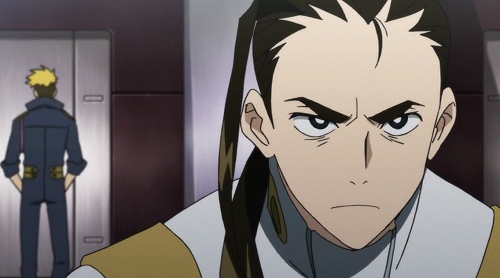 Character development: After painting Rossiu as cold and a little vindictive in recent episodes, this time around he seemed more human. The artists drew him with panda eyes even darker than the ones I seem to always have, and we got plenty of shots of the beads of sweat on his face. Despite ultimately going forward with his plan, I could empathise more with the bind he found himself in, and how ultimately he felt he had little choice.

More character development: After struggling for so long, Simon seemed finally ready to accept his fate as he watched the ship take off, and leaving him behind. A temporary lapse, or a change in attitude completely? 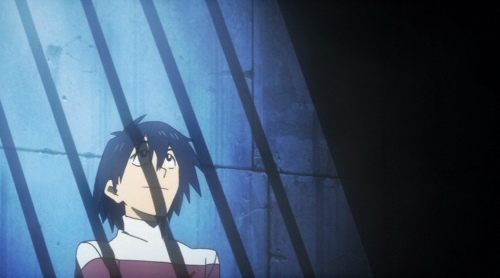 Conclusion: Are the comments Anti-Spiral-Nia torments Simon with true? In trying to defend everyone, has Rossiu lost his humanity and ultimately achieved the Anti-Spiral goal? Will despair prevail?

Nah… Yoko is back! And this is why we love her now. 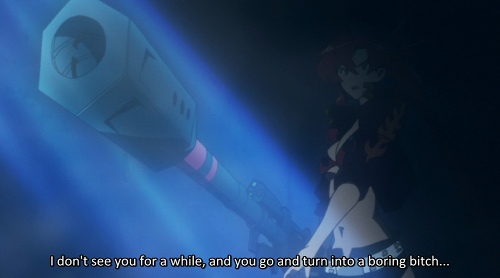