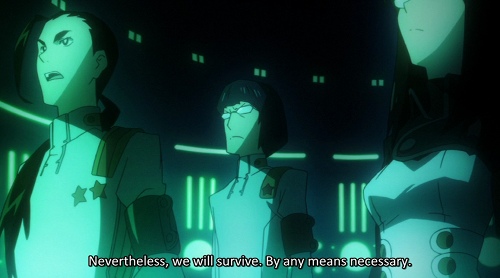 Possibly the darkest episode of Gurren Lagann so far. In going after this enemy, are they losing their own humanity?

Plot: With the increasingly violent unrest of the populace now they're aware the moon is to be hurtled towards the Earth (always a concern), Rossiu finds his scapegoat, but not before using him to defend Kamina City once last time.

Relationships: I definitely don't condone Rossiu's actions, but I can understand from his perspective why he did them. At least, I think I can. He's a character who's getting harder and harder to read as the series progresses. 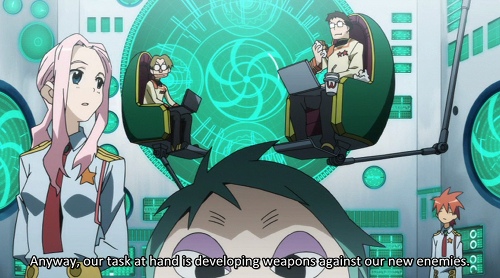 Comic relief: The chair, has a mind, of its own! Family guy reference of a Star Trek reference ;). Given the heavy nature of the episode, the antics in the design room while formulating a new theory for a class of weapon were sorely needed. I would love to have him as one of my university lecturers and tutors.

Design: The inventiveness of Gainax continues to amaze me. A veritable tree of ships? 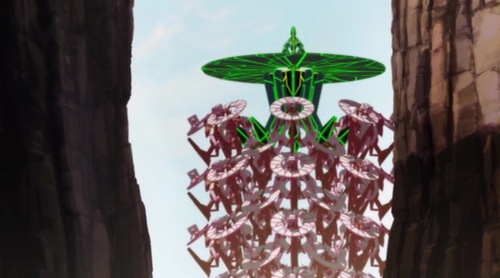 Tactics: Instead of exploding these self-decaying devices, draw them out to the desert and destroy them there. Not only that, but deal the final blow with an energy weapon that draws it's strength from a… spiral! Just brilliant :).

Homages: The courtroom was almost identical to the courtroom on Qo'noS that the innocent Kirk and McCoy were tried in Star Trek VI: The Undiscovered Country. I'll stop observing these Star Trek references when Gainax stops making them! 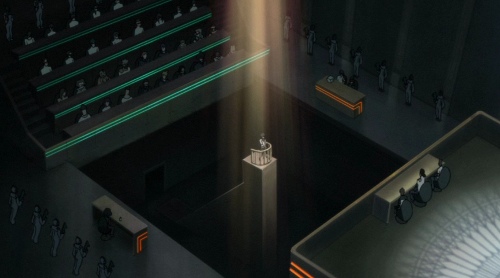 Loopholes: Simon is to wait for the end in a prison cell, granting him ample time to formulate something. Or to have something formulated for him. Because he can't go… right?

Mindf*ck: After being thrown in prison, we see… Viral! I suppose it was to be expected, two episodes ago we saw him being apprehended. 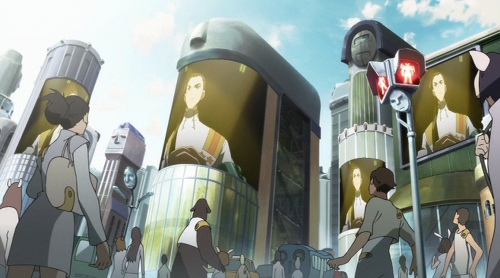 Heart tugging: Simon seeing the engagement ring he bought for Nia on her hand since she transformed into a cold messenger for the Anti-spirals. Still, it suggests a small element of her past survived her transition. A possible source of hope?

Unanswered questions: Is Rossiu's pride going to be their downfall? Sure they have an amazing new ship that's been hidden from them all this time, and they have a new weapon, but surely they'll need Gurren Lagann again… right? I suppose without Simon it's useless. Surely they can't do what they plan to do to Simon, right? 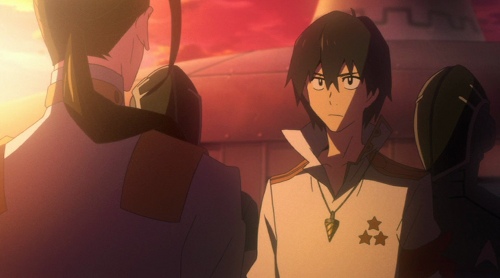 Conclusion: Are the lives of people worth using as pawns for political motives? Will humanity, decency and compassion be regained before the government charged with protecting people ends up inflicting damage themselves? Something to think about.